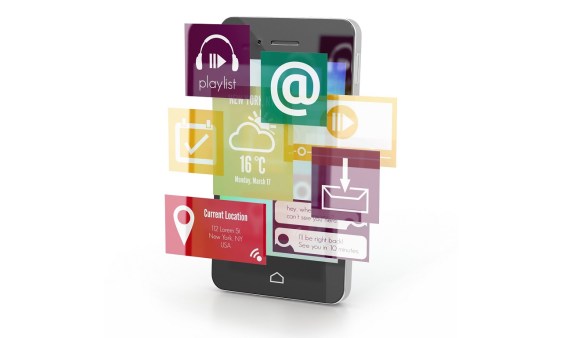 As developers continue to push the boundaries of technology, consumers will continue to expect more and more advanced app functionality. This could be daunting for app makers, but they’re being aided by an expanding market of features-as-a-service. Providers of APIs have gone niche, making it easier and faster to build key features — from creating beautiful maps to making your app inherently social.

Apps have come a long way since Super Monkey Ball first debuted on Apple’s App Store. Back in the day, developers wrote every part of the application. You had to setup and maintain your own hardware, which made app development a significant investment, requiring expertise in multiple areas. As the API economy began to boom, many of these challenges were solved for the app developer. Servers reside on Amazon Web Services instead of a data center, making initial investment more affordable than ever. Key backend-as-a-service providers, including Heroku and Parse (may it rest in peace), enabled developers to build and run applications entirely in the cloud.

Today, even more specialized API players like Twilio, a communication solution, or Stripe, a payment solution, give app developers highly scalable, powerful backend functionality on which they can create experiences. However, most of these tools remain in the backend world, meaning their power remains under the hood and is not directly experienced by the end consumer.

Now, a new trend is taking over, and the focus has broadened to include the experience of the app user. Given the nature of these end-to-end-solutions, you could call these providers features-as-a-service. These companies make it even easier to provide an outstanding user experience in a fraction of the time, leveling the playing field for new apps competing with big companies able to outspend them. Here are a few features-as-a-service that are leading the way:

1. Algolia for search. Algolia delivers an intuitive search-as-you-type experience on mobile apps. From autocomplete searches to advanced queries, it spans languages, includes geo-searches, and enables users to implement feedback loops based on any metric you feel is relevant.

2. Layer for messaging. Layer’s API takes on all aspects of messaging — from one-on-one and group chats to typing indicators to message-read receipts. Layer is your go-to API when it comes to in-app communications.

3. Tapglue for social. Tapglue’s social layer lets you easily create a social network in your app. It solves all the important components, like personal profiles, following users, news feeds, notifications, likes, in-app shares, comments, etc. Its powerful plug-and-play tools enable developers to integrate social features on well established apps with millions of users or apps that are just about to launch.

4. Mapbox for location. Mapbox flawlessly integrates location into any mobile app. Data is delivered to the app and rendered in real time. In addition to gorgeous maps, Mapbox offers turn-by-turn directions as well as search and geocoding features.

5. Branch.io for deeplinking. Every time a user hits ‘invite’ or ‘share,’ a link is created that directs them to an action, such as signing up for the app. Branch.io simplifies this process and ties data to the links — e.g. where the user originated and where they should go — so you can use this information for onboarding and content.

The first crop of advanced API providers were good fortune for CTOs. The new wave of features-as-a-service are more relevant for CPOs as they give them the tools they need to rapidly create apps that compete in look, feel, and power with tech giants for a fraction of the cost. These providers are shaping the future of how apps are built, while changing the experience for end users, who no longer have to deal with clunky maps and outdated news feeds.

Stefan Bielau runs Dynamo Partners, a Germany-based boutique consulting firm specializing in mobile apps and services. Prior to his consulting assignments, he founded Dailyme, an application for mobile video and TV in the German-speaking area.