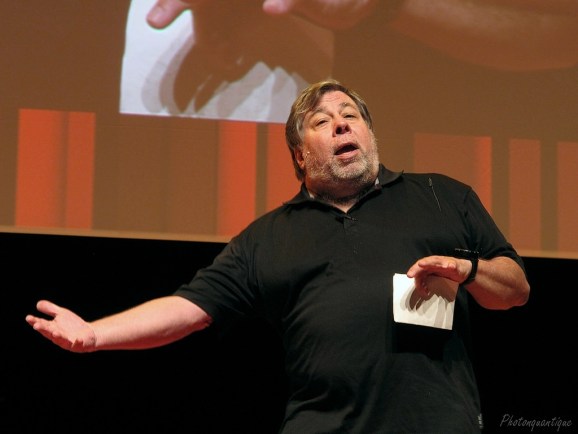 Apple cofounder Steve Wozniak, aka the Woz, shared his feelings about the Apple Watch today in a Reddit Ask Me Anything session. His feelings were, well, not the most positive.

Here’s how he put it:

I worry a little bit about — I mean I love my Apple Watch, but — it’s taken us into a jewelry market where you’re going to buy a watch between $500 or $1,100 based on how important you think you are as a person. The only difference is the band in all those watches. Twenty watches from $500 to $1,100. The band’s the only difference? Well this isn’t the company that Apple was originally, or the company that really changed the world a lot. So it might be moving, but you’ve got to follow, you know. You’ve got to follow the paths of where the markets are.

That aside, he went on to say, he is “very approving of Tim Cook.”

The Apple Watch launched in September 2014. Apple hasn’t said how many watches it has sold, but my colleague Chris O’Brien calculated that by September 30, 2015, the company had brought in at least $1.68 billion in revenue for the product. Apple did say in September that there were 10,000 Watch apps available in the App Store.

In the AMA the Woz also expounded further on his views about the ongoing Apple-FBI controversy. “These are dangerous, dangerous things, and if some code gets written in an Apple product that lets people in, bad people are going to find their way to it, very likely.”