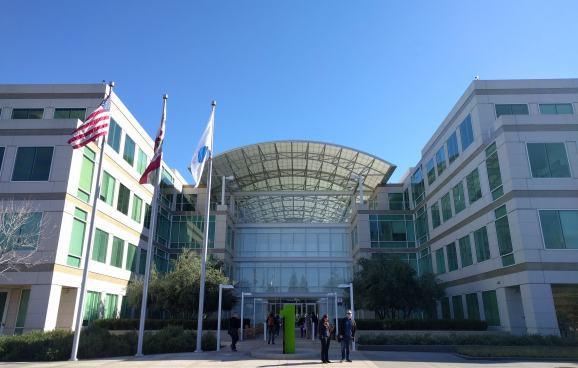 For the past several months, Apple has been working on “Project McQueen,” a plan to become more reliant on its own data center infrastructure and reduce its dependence on public clouds such as Amazon Web Services (AWS) and Microsoft Azure, a source familiar with the matter tells VentureBeat.

Apple isn’t happy with the fact AWS is not able to very quickly load photos and videos onto users’ iOS devices, according to VentureBeat’s source. Apple has bought land in both China and Hong Kong to build out data centers, the source said. Nearly all of iTunes is currently outsourced to other infrastructure, primarily Azure, according to the source. That said, the company certainly could be using Google’s public cloud in addition to Azure and AWS, in line with a report yesterday from CRN, the source said.

Project McQueen kicked off after a conversation between a Microsoft employee and an Apple employee, the source said. Azure won’t be able to handle the growth of Apple’s workloads in the future, meaning Apple would have to pay much more in order to help Microsoft cover the cost of expanding Azure’s data center infrastructure, the Microsoft person told the Apple person.

Apple executives believe that building out the company’s own infrastructure footprint to cover its cloud computing and storage needs will pay for itself within three years, the source said. (Re/code reported some of these details earlier today.)

Executing on the plan would put Apple on the same path that Dropbox recently took, and Facebook’s Instagram before it. While public cloud infrastructure has allowed many startups to get their applications up and running, and while larger corporations are increasingly adopting cloud infrastructure, it’s not always sensible. Dropbox and Instagram both stored many photographs on AWS, and the monthly bills for the S3 storage to hold them grew larger as more users came onboard and increased their usage. This is the type of cost that could push Dropbox to take on more venture capital. Hence the move to build its own data centers. And it’s the type of thing that inspired Facebook to move Instagram off of AWS and into its own data centers.

Apple has previously built data centers to support iCloud. But certainly the company could build more data centers around the world. Doing that would mean it would take less time for Apple to deliver content to users. Facebook, Google, LinkedIn, Twitter, and Yahoo run their own infrastructure to support hundreds of millions of users. Now Apple, which runs many Web-based services for hundreds of millions of users around the world, wants to do it.

Apple wouldn’t have to worry about cloud vendors profiting off its operations through prices that are marked up above cost. Apple would be able to run its software on the best possible infrastructure for its needs, at the lowest possible cost — and perhaps most importantly, improve the user experience.

Unlike Amazon and Microsoft, Apple does not offer a complete suite of cloud infrastructure and services that app developers — of which the company has many — could use to power their applications. Project McQueen could enable that sort of initiative without forcing Apple to generate revenue for its competitors in the process.

Of course, Project McQueen is a plan, nothing more. Apple could end up setting it aside and keeping its applications running in their current configuration. Or Apple could take a different route and acquire a cloud infrastructure provider instead.