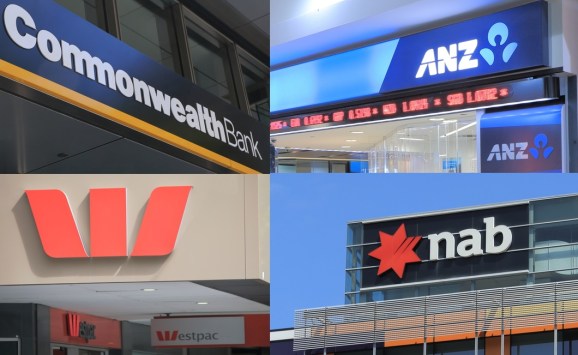 Throughout 2015, Bitcoin exchanges, mining, and trading firms in Australia received letters from their bankers. The message was the same; the commercial banks were withdrawing their services. The banks gave little explanation for the move, but these termination of service notices set a dangerous precedent that other countries could follow.

“Our members have been unable to obtain any formal clarification on the reasons for closure, except for references to policy or risk. Just what policies or risks these are have not been specified,” Ron Tucker, ex-chairman of industry body The Australian Digital Currency Commerce Association, complained back in September.

At that point the Nationals Senator Matthew Canavan wrote to the Australian Competition and Consumer Commission (ACCC) to request for an investigation into a likely collusion amongst commercial banks to stifle what could turn out to be their competition.

“It appears to me to be an amazing coincidence that a number of large banks have all of a sudden decided to deny services to fledgling Bitcoin and digital currency operators,” Canavan observed in the letter.

Labor Senator Sam Dastyari, who chaired the Senate Economics References Committee hearing into digital currency, also noted the development. “I am concerned that there is an allegation that Australian banks are deliberately choking small businesses, while setting themselves up to offer the same services,” he opined.

He also pointed out that the same commercial banks were building blockchain solutions.

But on February 15, the ACCC appeared to sanction the shutout, with the press reporting that ACCC Chairman Rod Sims had replied to Canavan saying that Australian commercial banks have done nothing wrong in denying Bitcoin companies services.

“It appears that banks have individually decided to stop providing banking services to digital-currency businesses in order to ensure their ability to meet their regulatory obligations and manage their risk,” Sims explained in his letter.

The termination-of-service letters have not just come from a few banks. There seems to have been a coordinated effort across all the main commercial banks to avoid serving Bitcoin enterprises. By the turn of the New Year, close to 20 Bitcoin companies found themselves without accounts.

Of course, as in many other parts of the world, it is not easy for any company to conduct business without a bank account. And that does not exclude enterprises involved with cryptocurrencies like Bitcoin. At least not until cryptocurrencies are widely accepted.

And just this month, on March 9, Bitcoin Group Ltd. announced that it has withdrawn its IPO after failing to meet Australian Securities Exchange (ASX) requirements.

The ASX wanted Bitcoin Group to procure a working capital report from an independent accounting firm. According to Bitcoin group, this is “a report not specifically required for a listing on the ASX. “

ASX itself is said to be working on a blockchain platform for its operations.

While the government has officially dismissed accusations of a conspiracy, stakeholders are still left wondering if the banks are trying to squeeze out their competition or are indeed just responding to the regulatory environment outlined by the Reserve Bank of Australia.

The development has elicited strong reactions from Bitcoin enthusiasts, entrepreneurs, and the local Bitcoin community. Those on social media were first to point the finger at banks for squeezing Bitcoin companies in Australia. But they quickly accepted that banks are private businesses and that their business is not guaranteed, especially to companies getting ready to displace their incumbency.

If the commercial banks are simply responding to the regulatory environment set forth by the Reserve Bank of Australia, then it is the responsibility of the Bitcoin community to unify together under the ADCCA (Australian Digital Currency Commerce Association) and form a code of practice that gives the banks an industry they cannot plausibly ignore any longer.

In the event that the big 4 (the major banks in Australia that control the market) still decide to deny Bitcoin businesses, smaller banks may seize the opportunity to embrace the industry their bigger peers are afraid of.

Rupert Hackett is the Community Manager at BuyaBitcoin.com.au. He specializes in the digital currency and digital payment space and is currently studying the world’s first Master’s in digital currencies alongside entrepreneurship. He writes for multiple bitcoin websites and regularly blogs for buyabitcoin.com.au.