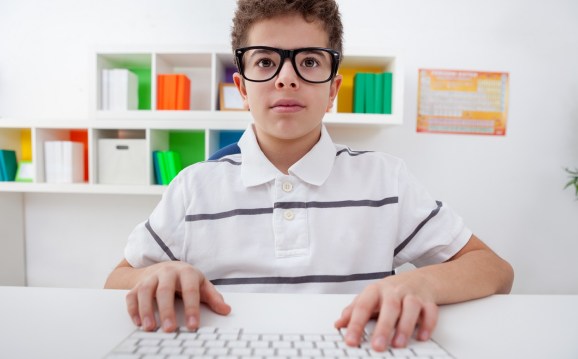 Being a dad of two young boys, I have thought a great deal lately about what the world will look like for them in the future.

When they hit high school, and it’s time to choose a second language, given today’s economy, you’d think Mandarin would be a smart choice, or perhaps German. But what if my kids’ school let them choose a programming language instead? That would set them up for a hands-on future in technology. What if their school offered them Ruby or Python not as computer languages, but as, well, languages?

I believe the U.S. will lose a significant part of its strategic intellectual advantage to other countries if we do not start introducing programming to students at a young age. We have already fallen behind in math and science skills. A lack of programming fluency will be a far greater setback because of the significant impact and influence a small team of technologists can have on a large mass of people. Look at a group like WhatsApp: fewer than 100 people developing code that influences more than a billion people every day.

The idea of programming as a second language first gained traction around the U.S. about a year ago, when Texas, Kentucky, and New Mexico introduced legislation allowing a computer course to serve as a foreign-language requirement. This past month, the Florida Senate endorsed making coding count as a foreign language credit for high schoolers, with one senator proclaiming “Let’s give our students a valuable skill that they’re going to use forever.” Notably, the Senate offered the Florida Virtual School as an alternative provider if districts cannot offer in-person instruction, which eliminates barriers to entry for districts that may not otherwise have the teaching resources.

The bill gained media attention as it went through the Senate, finally reaching a “yes” vote in the Senate at the end of last month. But last week, the bill died in House committee. While the bill’s progress was halted in the House, it has reignited the debate about how to strengthen computer science curricula in our schools.

Teaching your kids to code will give them a several key advantages as they grow older and develop a network of people around them.

I don’t want my kids to outsource their future in the digital age. Understanding how technology works behind the screen experience will be critical. But most educationalists are implementing the coding imperative in STEM disciplines, tweaking existing syllabuses alongside basic IT skills.

I think the need is more fundamental than that. Truly understanding and recreating technology will require a deep comprehension of what happens under the hood. We need to give our children fluency in programming and algorithmic thinking, not just basic comprehension.

Of course, this initiative requires a commitment from schools and communities as well. Students can’t learn to code unless they have access to adequate computer systems, which come from increased funding for technology systems. And coding, like a language, is at first only a skill that relies on memorization, not abstract thinking or problem solving. A year of programming is only a foundation for the ability to develop software and systems, so schools must offer more advanced courses in addition to introductory ones.

I have seen firsthand how dependent modern businesses are on code-conversant staff. As a company owner, I have seen our payroll for developer jobs grow substantially over the past few years.

If you want to ensure your children have a place in the future, speak up now. Write to your school board requesting that programming courses count as their own classroom credit. Talk with your children’s teachers and email your state representatives. Urge action. It’s time we gave computer languages parity, and it’s time we acted like technology is the priority we say it is.

Randy Redberg is a managing member of the online tech community Experts Exchange.