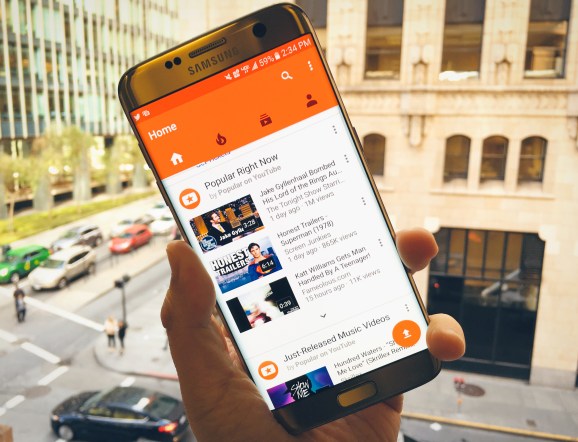 Google has quietly been building a new livestreaming app called YouTube Connect, VentureBeat has learned. This service highlights the company’s efforts to double down on live video while also placing it in a position to compete directly against Twitter’s Periscope and Facebook Live. YouTube Connect will be available on both iOS and Android devices.

YouTube Connect has much of the same functionality that you’d already find with Periscope and Facebook Live, according to a source close to the matter. You can log into the app using your Google or YouTube account and immediately begin streaming from your mobile phone. There are chat and tagging features, and a “news feed” that features the latest clips from your friends or those that you’ve subscribed to on YouTube.

Videos will be viewable live within the app, as well as on the YouTube site in their respective channels. It will also be possible to store previous broadcasts in the app, quite possibly as something you can opt into after you’ve completed the live stream. This will make it possible for you and your friends to watch the replays. The app does not yet have the integrations with Facebook or Twitter that would make it easy for users to share live streams on other social networks.

YouTube Connect comes at a time when Google has fallen behind in the livestreaming space, having lost ground to apps like Periscope, Meerkat — which recently pivoted — and Facebook Live. YouTube does offer livestreaming, through its Creator Studio offering, but it’s limited in terms of access. Now this new app could open the capability to a much larger audience.

Above: The livestreaming feature on YouTube’s Creator Studio.

In an interview with Wired, Manual Bronstein, the company’s head of product for consumers, said that “Broadly speaking, we think about YouTube being synonymous with video…live has always been a part of video, and it’s actually always a very exciting part.”

A livestreaming app makes sense when thinking about future directions for YouTube, a platform that houses the world’s collection of user-generated videos. Giving content creators the ability to interact with their fans in real time while on the red carpet or at a major event is valuable — why ask them to slink off to create videos that are posted on Facebook or on Twitter?

Both Twitter and Facebook have invested quite a bit in livestreaming events. During Twitter’s Q4 2015 earnings call, as CEO Jack Dorsey highlighted his vision for the company, he indicated Periscope’s importance — he’s even added the service’s CEO to his executive team. Dorsey: “Twitter is live, live commentary, live conversations, and live connections, whether it’s breaking news, entertainment, sports, or everyday topics, hearing about and watching a live event unfold is the fastest way to understand the power of Twitter.”

Mark Zuckerberg also shared that Facebook’s livestreaming option is something he’s “excited about.” It’ll likely grow in popularity as more people gain access to it.

YouTube has been losing a bit of its luster against these growing services, particularly Facebook and Snapchat — both of which have been in the news over the past few months as their video-viewing numbers continue to expand. In February, Snapchat reached 8 billion videos viewed, bringing it nearly equal to Facebook. If YouTube wants to pick up its viewership, a livestreaming app is a logical way to go.

YouTube Connect would be the latest standalone app in the YouTube family, joining not only the core service, but also YouTube Capture — which allows you to record and edit footage right on the mobile device — and YouTube Gaming.

Although timing for the release has not been divulged, a launch before Google’s I/O developer conference in May seems likely. It also wouldn’t be farfetched to think that the company might unveil the app with its YouTube stars, just like Facebook did with its livestreaming option — getting the biggest names on board to lead the way.

Updated: YouTube launched its livestreaming service right from its app in June