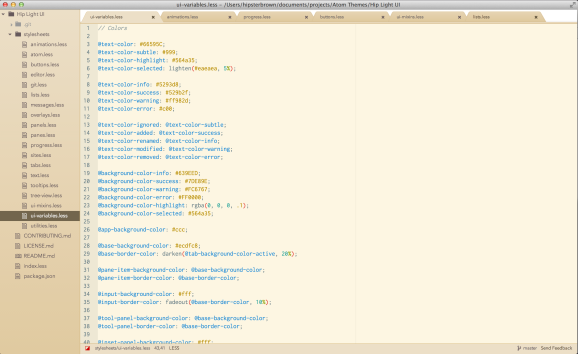 GitHub today announced that its Atom text editor last month had more than 1 million active users. Usage is three times what it was when all of Atom become available under an open source MIT license and the software hit version 1.0, GitHub Atom community manager Lee Dohm wrote in a blog post.

The growth is impressive. GitHub launched Atom less than two years ago.

But the community of Atom is probably its biggest advantage, just like GitHub itself. In May 2015 the Atom community had more than 1,600 authors, more than 1,800 packages, and nearly 600 themes.

“Atom has been successful because of the community that has grown around it. The people that have contributed to Atom — that have given their time, expertise, feedback, suggestions, and insight — have helped Atom improve by leaps and bounds,” Dohm wrote.

Facebook’s Nuclide is just one of the many software projects built on top of Atom.