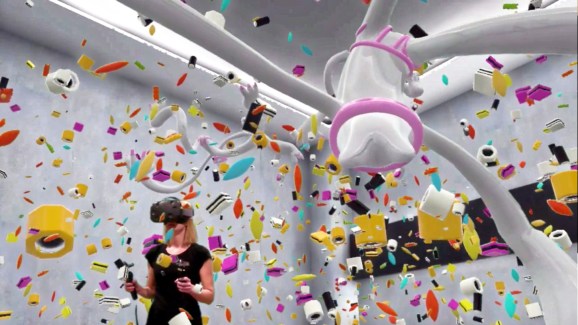 VR is one of the hottest trends in technology today, with this week’s debut of the Oculus Rift. While widespread adoption won’t happen overnight, VR represents an exciting opportunity across a number of industries. Many startups, established companies, and investors are taking notice.

Facebook’s acquisition of Oculus back in 2014 was a watershed event. Now lots of companies are showing interest. Roughly $602 million of VR deals were made in 2015; that number is predicted to grow to $16 billion by 2020.

“The virtual reality ecosystem is exploding right now,” says Jeff Herbst, vice president of business development at Nvidia. “There are so many startups being created in VR, and a large percentage of those use Nvidia platforms and technologies.”

Looking back three years ago, before most of the world knew about Oculus, its CEO Brendan Iribe appeared onstage at Nvidia’s annual Emerging Companies Summit to describe his company to investors and executives. Iribe says the experience helped put Oculus on the map.

Next week, eight VR startups are hoping to retrace Oculus’s path. They’ll participate at the company’s 2016 Emerging Companies Summit, in a session called the VR Showcase. Each will have an opportunity to describe their VR-based business in front of a live audience of VCs, technology executives, and press.

Within two weeks of Nvidia’s call for proposals, 60 applications flooded their office. Herbst and colleagues selected eight to participate in the Showcase.

Each team gets five minutes to pitch the future of VR, and then takes questions from Herbst and special guest Mark Rein, VP and co-founder of Epic Games.

The eight VR startups that will present are:

Sixense Entertainment develops technology to deliver full-body “presence” in virtual reality for all head-mounted displays. Sixense’s VR platform enables intuitive interaction with the virtual world, ensuring that the user always feels fully present in the experience, with the ability to move and use the hands naturally.

Osso VR is using virtual reality to revolutionize the way surgeons are trained in the use of surgical devices and implants with a low-cost, fully immersive surgical simulator. The solution, designed by a team of physicians and developers, uses an off-the-shelf VR headset and hand-tracking technology.

realities.io offers technology for large-scale scanning to enable users to experience real-world locations in VR. This solves the fixed perspective problem that 360 video has in VR. The company says it offers interactive, photorealistic VR experiences at fluid frame rates.

DeepStream VR is a VR healthcare company that develops “digital drugs” that boost physical performance and mental wellbeing. The company’s first VR application for pain relief, COOL!, is on the market now and is being used in leading hospitals and pain clinics.

BioflightVR offers medical diagnostics, training, and education in VR. The team consists of doctors, radiologists, VR experts, visual artists, and developers, with expertise in medical imaging and simulation that began in Hollywood on the television show CSI: Crime Scene Investigation.

IrisVR offers software that instantly converts 3D models into navigable virtual reality experiences, allowing architects, engineers, and owners to fully understand the design. The company is also focused on a 3D data pipeline that can be used in construction, architecture, gaming and retail.