While 2016 is shaping up to be the year virtual reality and the Internet of Things went mainstream, it could also go down in history as the year email’s much-touted demise cranked into overdrive. At least, if this week’s events are anything to go by.

With the likes of Facebook, WhatsApp, Snapchat, Twitter, and a myriad of communication conduits springing up over the past decade, there’s little question that people use email less than they once did for personal communications, and when you swing the demographic dial down to teenagers, the shift is even more pronounced. But email has remained in rude health despite the rise in mobile messaging, and this has been in no small part due to businesses — within companies, between companies, and between companies and customers. But things are changing. 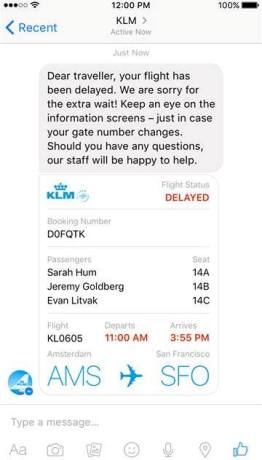 On Wednesday, Uber revealed plans to phase out emails for customer support and replace it with in-app support instead. Moving forward, if you email Uber, you’ll receive an automated response telling you to submit your issue through the app instead, with much of the subsequent help offered as automated processes too.

On the very same day Uber stuck the knife into email’s gut, Facebook announced its very own nail for email’s coffin in the form of a KLM partnership that will allow the airline’s customers to receive flight confirmations, boarding cards, reminders, flight status updates, and customer service directly through Facebook’s Messenger app. This was nothing new, of course — Facebook had already gotten a handful of retailers on board using Messenger for commercial and customer relation purposes. But by nabbing a major global airline, this became a symbolic boot into email’s future prospects — the bigger the company, the more the customers, and the faster a “new way of working” becomes the norm.

In related news, Facebook also ramped up its enterprise-focused social network Facebook at Work this week, with global marketing agency Weber Shandwick committing its entire 3,500-strong workforce to the service after a few months of testing. Other big-name firms currently using Facebook at Work include Heineken, Royal Bank of Scotland, Century21, and Telenor. 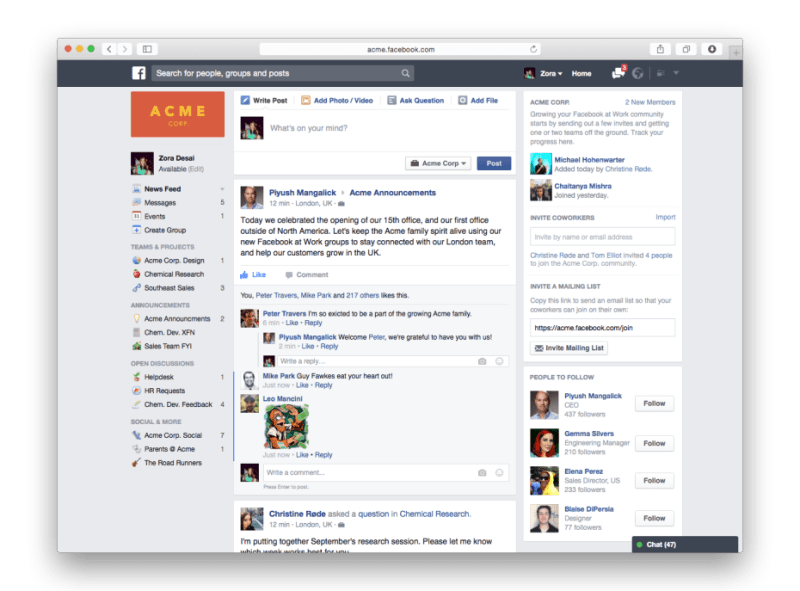 Elsewhere this week, Samsung turbocharged its dedicated customer support app with a bunch of new features. Samsung Galaxy owners in the U.S. could already use the app to request technical support, including voice and video chat, but the Korean tech titan opened things up to cover all electronics and home appliances such as TVs. And consumers with a newfangled Galaxy phone can now give Samsung tech experts remote access to their device too — they can chat to Samsung representatives over video chat and also pass over control of the device if verbal instructions are no use.

Throw into the mix the rise of Twitter as a customer support tool — even Apple’s on board with this as of last month — and it’s clearer than ever that email’s last vestiges of salvation are on tenterhooks.

There is little question that email will probably fade away one day, but people tend to exaggerate the speed at which this will happen — it will be a generational shift. Facebook in particular has been keen to kill off email for some time, with varying degrees of success. Back in 2010, Facebook COO Sheryl Sandberg predicted email’s demise and put the reasoning in the simplest possible terms, completely separate to any vested interests held by the company she works for. She said:

I hate to be the bearer of bad news, but in consumer technology, if you want to know what people like us will do tomorrow, you look at what teenagers are doing today. And the latest figures say that only 11 percent of teenagers e-mail daily.

So e-mail — I can’t imagine life without it — is probably going away. So what do teenagers do? They SMS and increasingly, they use social networking.

Fast-forward six years and you could now say that SMS is also on the way out, replaced by a plethora of Internet-based messaging services. But Sandberg had a point — looking at the methods of communication that permeate the lives of young people gives the biggest clue as to where we’re heading. But it will be a gradual process guided by the demographics of people who use a given service; Uber may be phasing out email completely, but that’s because the majority of its users — in the U.S. at least — are under the age of 35 according to recent reports. But an airline such as KLM will have customers spanning all age groups, so it would be less likely to switch off telephone or email support quite so quickly.

We’re only three months into 2016, and we’re seeing clear signs that email as a communication form is in decline. As young people go to university then head out into the workforce and gain senior positions in companies, they’ll be keen to impose their preferred communication tools on the corporate culture — and you can bet that email won’t figure highly on their list of priorities.