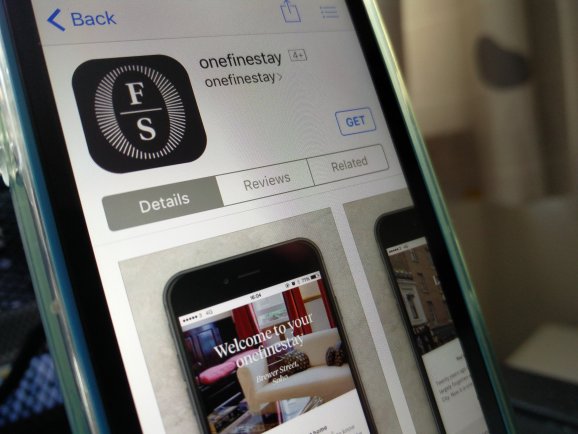 AccorHotels, the Paris-based group that owns and operates thousands of hotels around the world, has acquired the U.K.’s OneFineStay, a “sharing economy” startup that lets homeowners monetize their houses while they’re out of town. The initial deal is worth €148 million ($170 million), with AccorHotels committing a further €64 million ($73 million) to grow the startup’s presence globally.

Founded in 2009, OneFineStay is one of a number of startups to capitalize on the lucrative homesharing market, but the London-based company has always offered one core differentiator that sets it apart from the likes of Airbnb and HomeAway. In fact, OneFineStay is only available in London, Los Angeles, New York, Paris, and Rome because it relies on its own local team to manage a selection of properties on behalf of the owners. This service ensures bathrooms stocked with clean towels and toiletries, clean sheets, someone to meet you on your arrival, an iPhone with a local SIM card, and other conveniences. It’s more akin to a 5-star hotel experience than what you’d typically find on Airbnb, and the properties are vetted in advance to ensure they’re of a suitable standard and condition.

As with other industries that have been slow to adapt to technological change, the hotel industry has suffered as many — including business travelers — elect to stay in local houses instead of hotels. But it’s clearer than ever that one solution is to, well, buy these young upstarts outright — travel booking site Expedia snapped up HomeAway for almost $4 billion last year. OneFineStay had previously raised more than $80 million in funding, with the mighty Hyatt participating in its $40 million Series D round last summer — a move that preceded a collaborative partnership between the two companies.

With a reported valuation of more than $25 billion, Airbnb has emerged as the poster child not only for the homesharing industry, but for the broader sharing economy (alongside other “startups,” such as Uber). This has led to countless regulatory tussles as legislation struggles to keep pace with technological advances. And while lobbying has been one tactic to combat the rise of the sharing economy, “if you can’t beat them, join them” seems to be a growing mantra among incumbents. Indeed, some hotels have even taken to Airbnb to list their own free inventory.

Under AccorHotels’ wing, OneFineStay said it plans to expand into 40 new cities over the next five years and plans to grow its revenues “tenfold.” It seems not a great deal else will change for now — OneFineStay will remain an independent entity within AccorHotels Group, according to a press release, and the startup’s management team will remain in place.