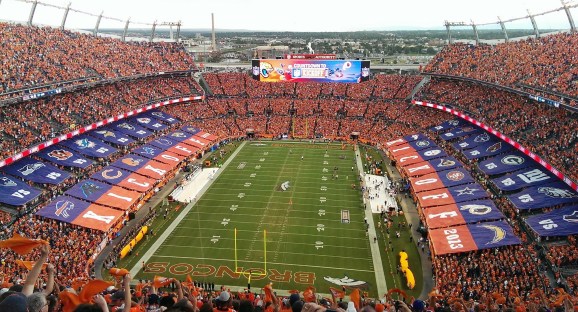 After months of haggling, we finally have a winner in the fight to broadcast Thursday night NFL games live across the Web: Twitter.

A number of companies were reportedly interested in the streaming rights, including Facebook, Yahoo, Amazon, and Verizon, but the surprise winner is the short-form blogging platform that has been under a considerable amount of scrutiny of late for its slow growth.

Twitter has long been a partner of the NFL, and video highlights have been available on the platform for several years already. These have been a part of Twitter’s Amplify Program, which in 2013 launched with dozens of partners, including Bloomberg, Major League Baseball, Time, Warner Music, and more. Twitter has signed similar deals in Europe too, and the initiative acts as an additional medium for serving ads — people love watching video clips, so it’s a better way of garnering attention in many ways.

But shifting to a full-on broadcasting network is a notable step for Twitter — we’re not talking highlights anymore, we’re talking full games available to watch in-app, for free, around the world. There will be ten games in total, with NBC and CBS retaining the traditional broadcast rights, while the NFL’s own NFL Network cable channel will also broadcast the games. The deal will also see Twitter gain access to live broadcasts from players and teams through Periscope.

“Twitter is where live events unfold and is the right partner for the NFL as we take the latest step in serving fans around the world live NFL football,” explained NFL commissioner Roger Goodell. “There is a massive amount of NFL-related conversation happening on Twitter during our games and tapping into that audience, in addition to our viewers on broadcast and cable, will ensure Thursday night football is seen on an unprecedented number of platforms this season. This agreement also provides additional reach for those brands advertising with our broadcast partners.”

So rather than being a so-called second screen for live action sports, with social media users tweeting while watching the big game on their TV, Twitter can now be your direct screen for watching the game  — though this could have ramifications for fans looking to tweet while also watching the game.

This isn’t the first time the NFL has brought live games to online portals — last year more than 15 million people tuned into Yahoo when it won the rights to broadcast a single game. That marked the first time the whole world could access a premium NFL broadcast completely for free, with no authentication required.