Branded content is defined as any post — video, text, or otherwise — that seeks to promote a third-party brand. So if, for example, a rock band was paid by Coke to mention how much they love the fizzy goodness of the carbonated beverage, this content would previously have been prohibited, presumably because things could get rather spammy on Facebook. Plus, such an arrangement would cut Facebook out of the revenue. Now, however, Facebook says that it will allow verified Pages to share some kinds of branded content, including:

Facebook has launched a new branded content tool — available through the Page composer on desktop and iOS (Android coming soon), Power Editor, Ads Manager, the Marketing API, and in the iOS Mentions app — that publishers must use when posting promotional content. With this tool, the company or celebrity must tag the marketer (the brand that is being promoted), so the post will look a little something like this. 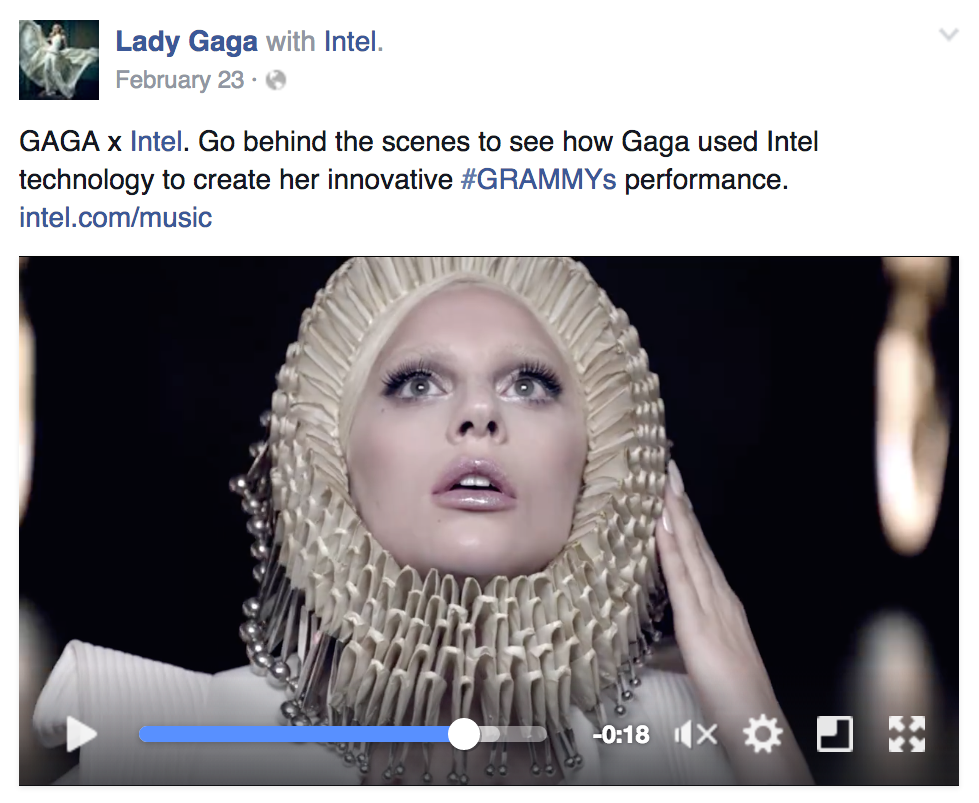 Other forms of branded content will continue to be banned, including pre-, mid-, and post-roll ads and third-party products promoted at the beginning of a video or continuously (five seconds or more) within a video. This extends into features such as graphical overlays and watermarks, which are still banned, as are promotions contained in a Page’s cover photo or profile picture.

So why is Facebook now allowing this? Well, it’s worth looking further at the caveats Facebook has put in place — it is asking that marketers be tagged for a reason. When a branded post is published, the marketer will receive a notification, and they will be given insights into how the post is performing — this includes clicks, reach, engagement, and so on. Then Facebook will offer the marketer further tools to promote the post, which then opens up more opportunities for Facebook to earn from the initiative.

“This update is something that media companies, public figures, influencers, and marketers have been asking for, as branded content is a growing and evolving part of the media landscape,” explained Clare Rubin, product manager, and Nick Grudin, VP of partnerships, in a blog post. “People will now be connected to more of the content they care most about on Facebook as publishers and influencers gain an incentive to share more quality content — of all kinds — with their fans. We know that many of our partners have existing partnership deals with marketers, and this update gives them the ability to extend their branded content business onto Facebook.”

Branded content is an age-old marketing technique, going way back to the earliest soap operas — they are called soap operas because many of them were sponsored by soap-making companies. But even in the modern Internet age, branded content is common, be it through BuzzFeed advertorials or something else. Brands have long paid celebrities to tweet promotional content, usually bypassing Twitter’s coffers altogether. And Facebook is now allowing the practice too, albeit it with restrictions and an assurance that Facebook will do its best to get its cut.