Food 3D printing is something of a mythical creature. It’s been talked about a lot, and there have been a few sightings of it, but no one’s quite sure if it’s real or not. Well, I think it’s about time someone takes a shot at cracking open the case.

In essence, food 3D printing is this: you take a standard 3D printer, replace the non-edible material (like plastic filament) with something edible, and voilà, you have a food 3D printer! In reality though, the results have been less than amazing. What you typically get with a food 3D printer is a purée of perfectly good food extruded in an odd-looking shape. Still, there are a few companies trying to pave the way to real businesses in this space.

The PancakeBot is a nifty machine that takes advantage of the fact that pancake mix is the perfect consistency to print with. This machine works by extruding pancake mix out of a syringe-like assembly onto a hot griddle. Really, it’s more of a 2D printer than a 3D printer, since what you actually print are pancakes that resemble 2D images as opposed to 3D structures. 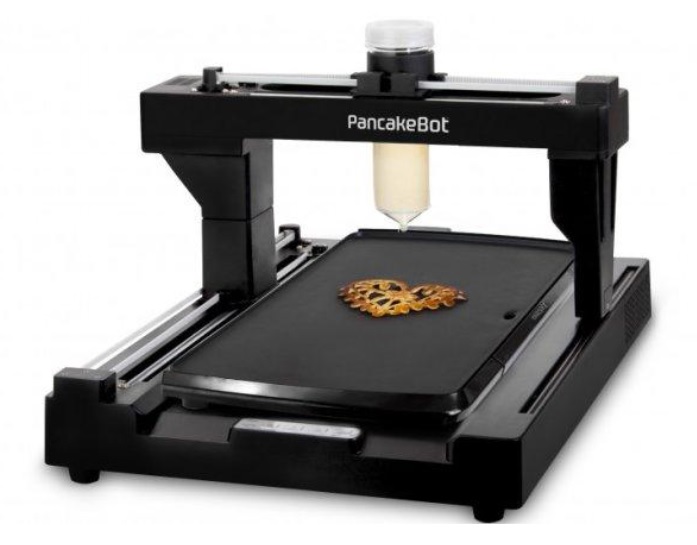 On the prosumer or professional side of the spectrum, a company called Natural Machines makes a printer called the Foodini. Its target user is the experimental chef who wants to mix and match flavors by blending food into printable purées and then print them out into novel shapes with interesting textures. I’ve never tasted the result of this process myself, but my general perception is that it has a while to go before I see it in a restaurant or in my home. 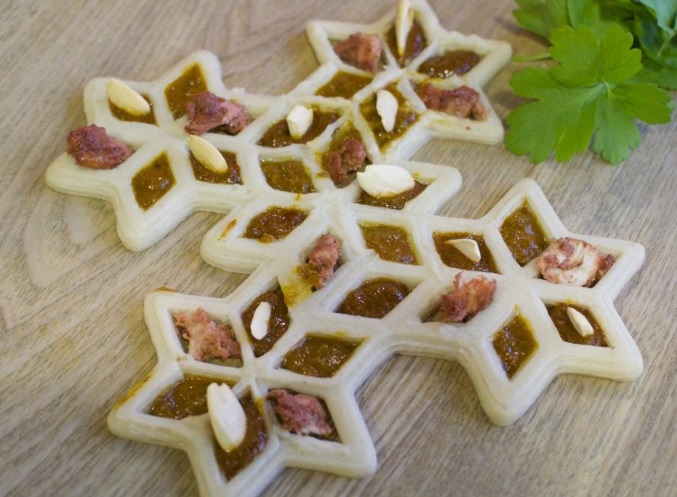 Lastly, there is 3D System’s ChefJet. This machine was born out of an experiment in switching the typical plastic powder of a SLS 3D printer with sugar and replacing the binding agent with something a little more natural: water. The ChefJet produces amazing three-dimensional sugar sculptures that could be used for a variety of purposes — from the most expensive coffee sugar-cube you’ve ever tasted to intricate sugar sculptures, maybe to put on a wedding cake. It prints in full RGB color and can inject various flavors into the sugar. Again, this is a niche application of food 3D printing and it has barely begun to be used by professional bakers and the like.

Examples like these leave me asking one important question about food 3D printing: What is it good for? The number one factor that determines a technology’s success is the degree to which it creates value for the end user or application. The value of food 3D printing is not yet apparent. Could it be an ability to intricately and tastefully combine flavors, textures, and shapes into sought-after edibles? Imagine the future donut (probably what they were eating aboard the Starship Enterprise), where the outside has a delightful crisp to it, the inside is as doughy and delicious as you could ever want, and at the core of the torus is a heavenly crunchy center that melts in your mouth the way your grandmother’s homemade toffee might. Oh, and I forgot the swirl of explosive chocolate flavor variations that change depending on what part of the donut you’re biting into. Maybe that’s the use case; otherwise, I’m not sure.

Jonathan Schwartz is the cofounder and CPO of Voodoo Manufacturing, a 3D printing manufacturer. Prior to Voodoo, Jonathan cofounded and sold Layer By Layer, a 3D printing marketplace, to MakerBot.