A new fund has been created with the sole purpose of investing in startups coming out of University of California at Berkeley. Jeremy Fiance, former managing partner for the Dorm Room Fund, has raised $6 million to create The House Fund, which supports pre-seed and seed-stage companies with ties to the university. 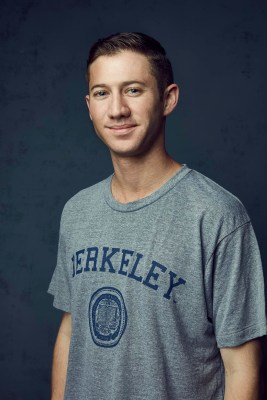 Above: The House Fund’s Jeremy Fiance

Fiance told VentureBeat that he will make an average investment of $50,000 in pre-seed startups and between $100,000 and $250,000 in seed-stage companies. Firms that are eligible to receive capital have at least one UC Berkeley student, faculty, or alumni founder. Fiance has already made six investments to date.

A UC Berkeley graduate himself, Fiance is no stranger to entrepreneurship or investing. He cofounded the health data science company Dropsense and also serves as an adviser for several local startups. He invested with the Keiretsu Forum, CrunchFund, and the Dorm Room Fund, an initiative backed by First Round Capital. “I’m passionate about Berkeley, building companies, and venture capital,” Fiance told VentureBeat. “This was the perfect intersection. I get the opportunity to work with incredible founders in the earliest of stages, proving capital, and support to build the foundations for strong businesses.”

“I saw a huge investment opportunity after writing an 85-page senior thesis looking at Cal [UC Berkeley] startups over the last decade,” he continued. “Cal is #2 for venture-backed startups…the top 4 schools are Cal, Harvard, MIT, and Stanford…all have funds of more than $100 million; Cal has no fund.”

Fiance believes that there’s enough opportunity in Berkeley for him to find quality startups to invest in. He said that about 100 startups are already leveraging programs on the university’s campus and that there are “plenty more in stealth on campus, estimated 1,000 total, including alumni startups.”

“It’s very difficult for VCs to find opportunities out of Cal because it’s a vast, fragmented ecosystem. Most have been disappointed by their experience, but they keep seeing awesome startups out of Cal that they wish they saw earlier,” he said as he explained why he believes The House Fund will succeed. “It has become a pre-vetted signal. I invested $120,000 total in my first six Dorm Room Fund Cal investments. They’ve gone on to raise roughly $38 million. On the other side, it has been difficult for entrepreneurs (especially first-time ones) to access capital.”

The House Fund is solely run by Fiance.