Google today updated Gmail for Android with a very notable feature: support for Microsoft Exchange. You can download the latest version of the app now from Google Play (if you don’t see it, don’t worry: Google says the gradual rollout may take three or more days).

But wait, didn’t Gmail for Android already have Exchange support? Yes, but only on Nexus devices. We reached out to Google to make sure that’s what is new today, and sure enough: “Exchange support was previously only available on our Nexus devices, but as of today, Exchange support covers mail, contacts, and calendar data in Android across all devices,” a Google spokesperson told VentureBeat.

Exchange Server first started out as Microsoft’s internal mail server, but was eventually released to the public. The email client, called Microsoft Exchange Client, was discontinued in favor of Microsoft Outlook. Exchange Server originally only supported the proprietary protocol MAPI, but over time added support for other email protocols, including POP3, IMAP, SMTP, and EAS. 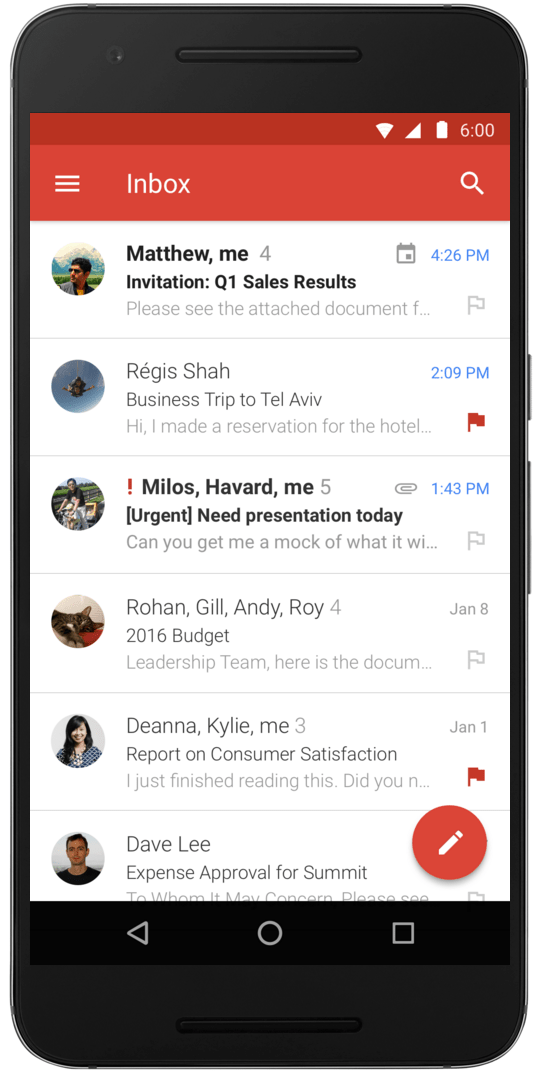 In many industries, Exchange is still seen as the standard for work-related email, contact, and calendar syncing, so Google has little choice but to support it. By adding the functionality to the Gmail app, employees of businesses that use Exchange can now get their work email, contacts, and calendars on their Android devices, without having to install a separate app just for their work accounts (or jump through various hoops to make the Gmail app work as desired).

If you are in this group, we wouldn’t get too excited just yet. Chances your IT department will still need to approve you using Gmail rather than whatever email app has already been sanctioned.

In addition to Exchange accounts, Gmail for Android supports Gmail (naturally), Outlook.com, Yahoo Mail, and other IMAP/POP accounts. If you’re looking to use just one Android app for all your email needs, Outlook was a solid option, and now Gmail will be a viable alternative.