Once again, Facebook has managed to keep all its numbers growing, albeit slowly, even on a quarter-over-quarter basis. Facebook’s total monthly active user base grew 3.77 percent in the first quarter.

Breaking the numbers down, 66.1 percent of all Facebook members use the service daily, and 65.5 percent of mobile members use it daily as well. Furthermore, 54.2 percent of Facebook users now access the social network exclusively from a mobile device.

Last quarter, Facebook passed the halfway mark for mobile-only users (51.7 percent to be exact). And that number continues to grow, according to the earnings slides (PDF) released today. 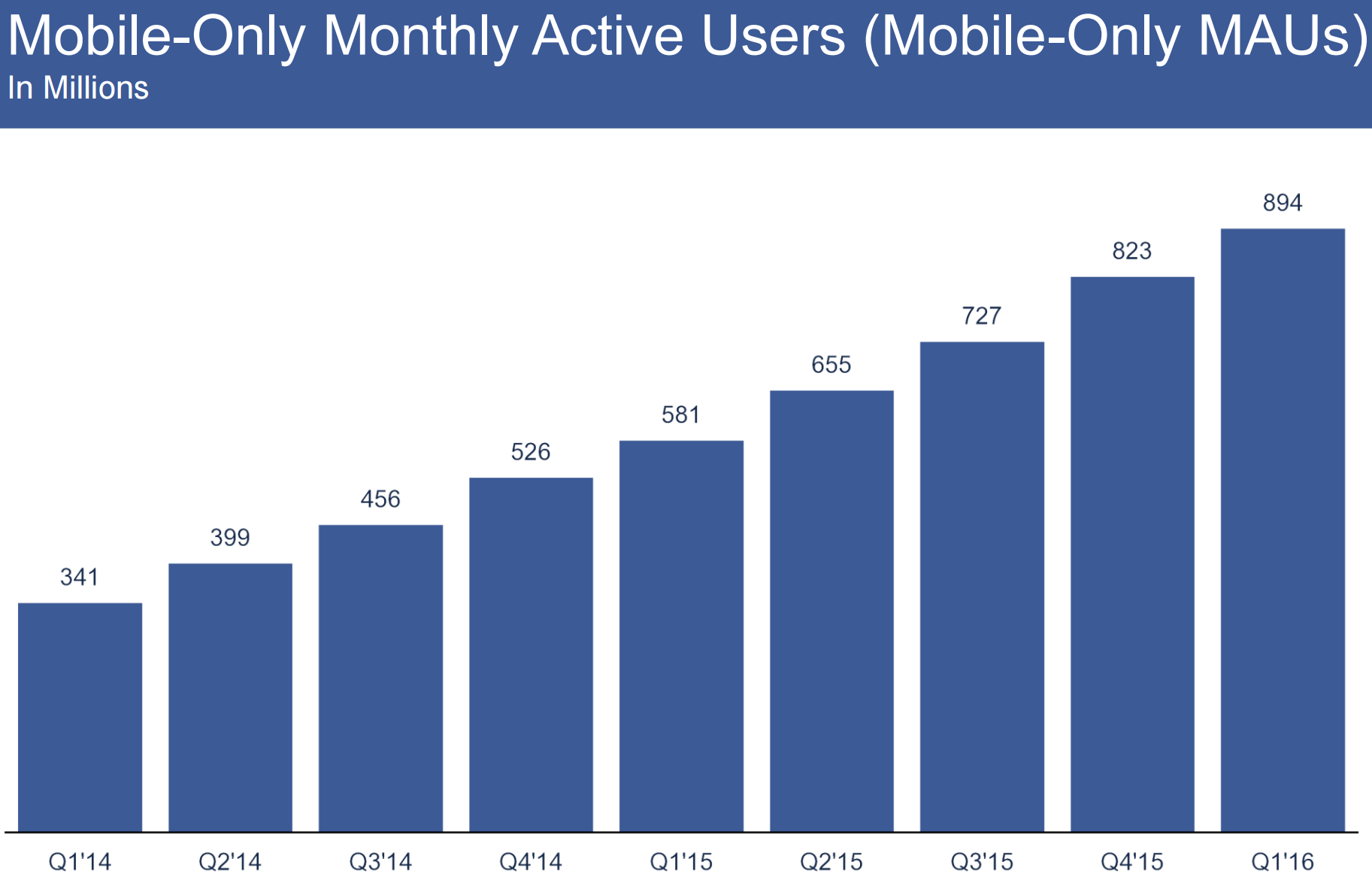 Between Q4 and Q1, Facebook added 71 million mobile-only users. This number climbs every quarter, though it will naturally slow down soon.

Facebook doesn’t break out this number in its earnings release, but we watch for it every quarter. Even as the social network’s growth slows due to its size, the revenue share coming from mobile is still growing. In fact, Facebook shared that in Q1 2016, mobile ads accounted for 79 percent of all revenue. 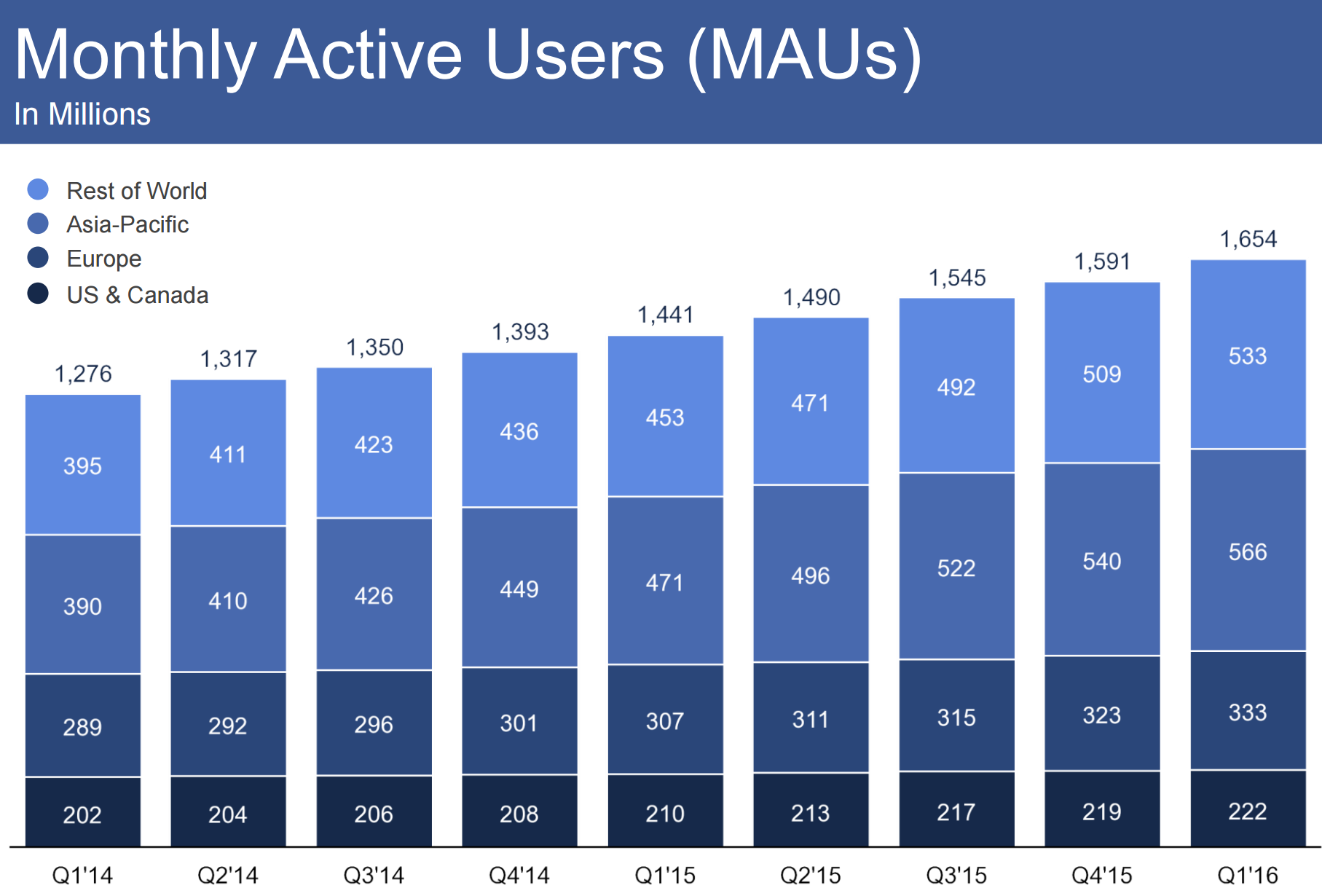 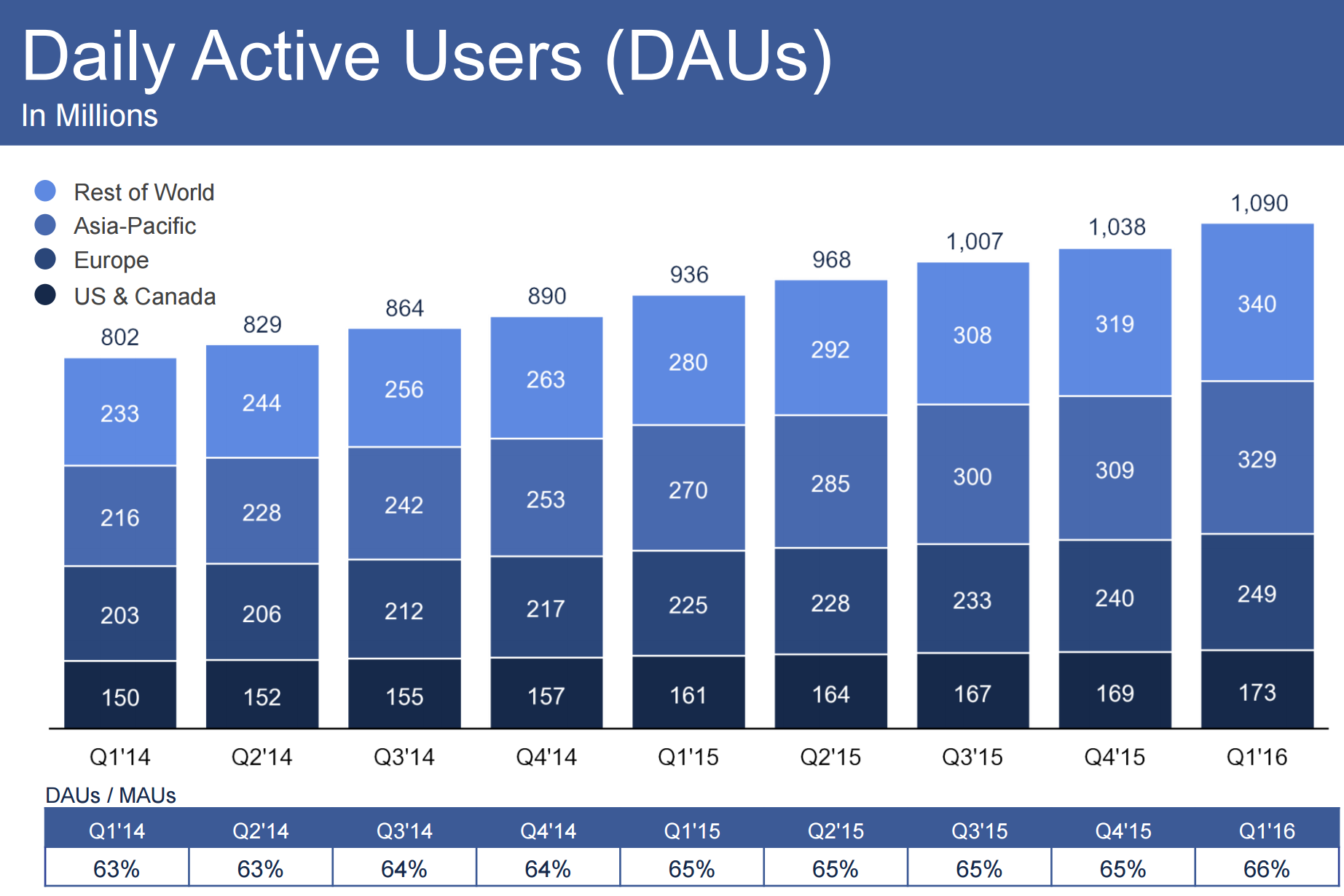 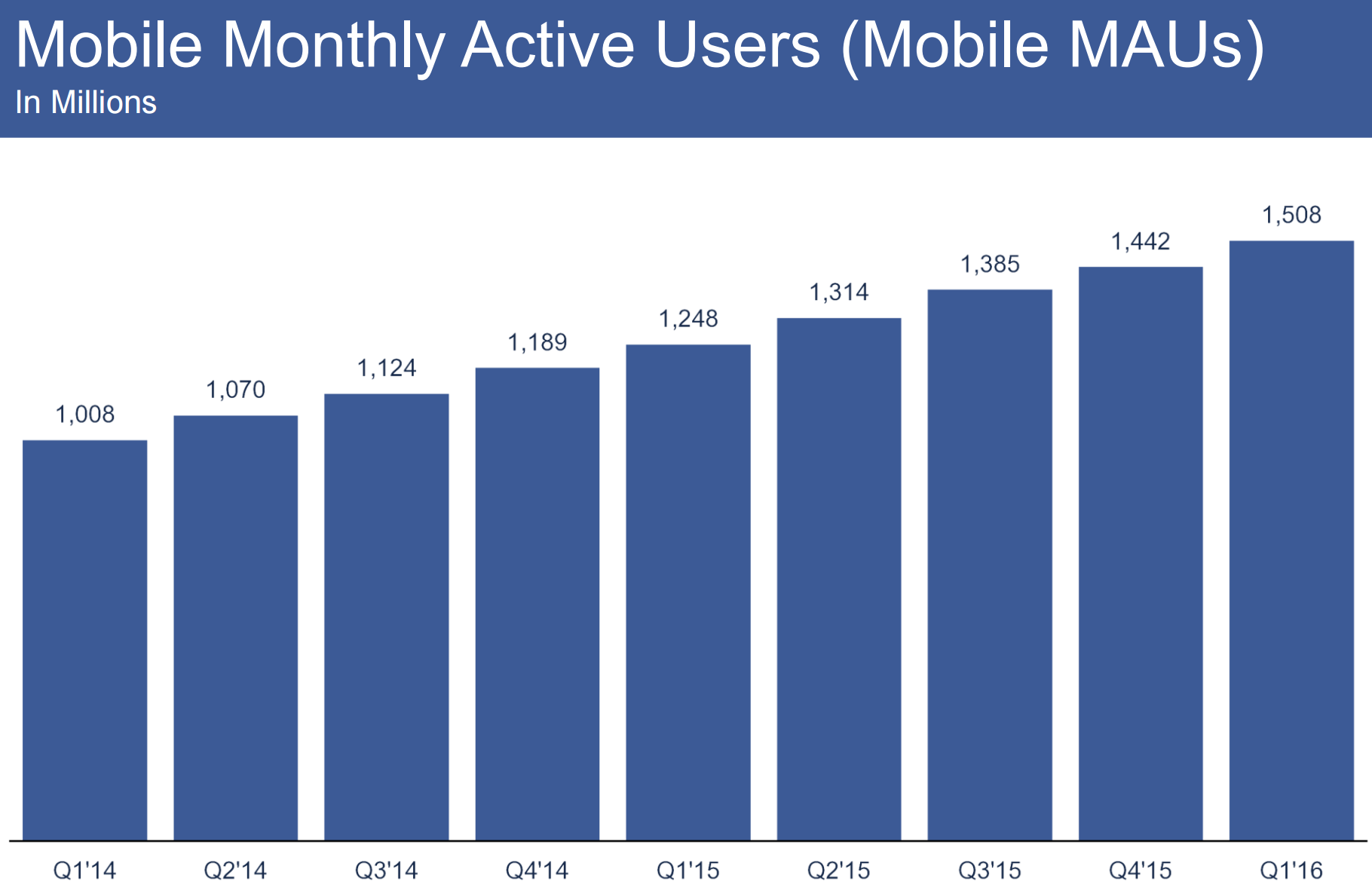 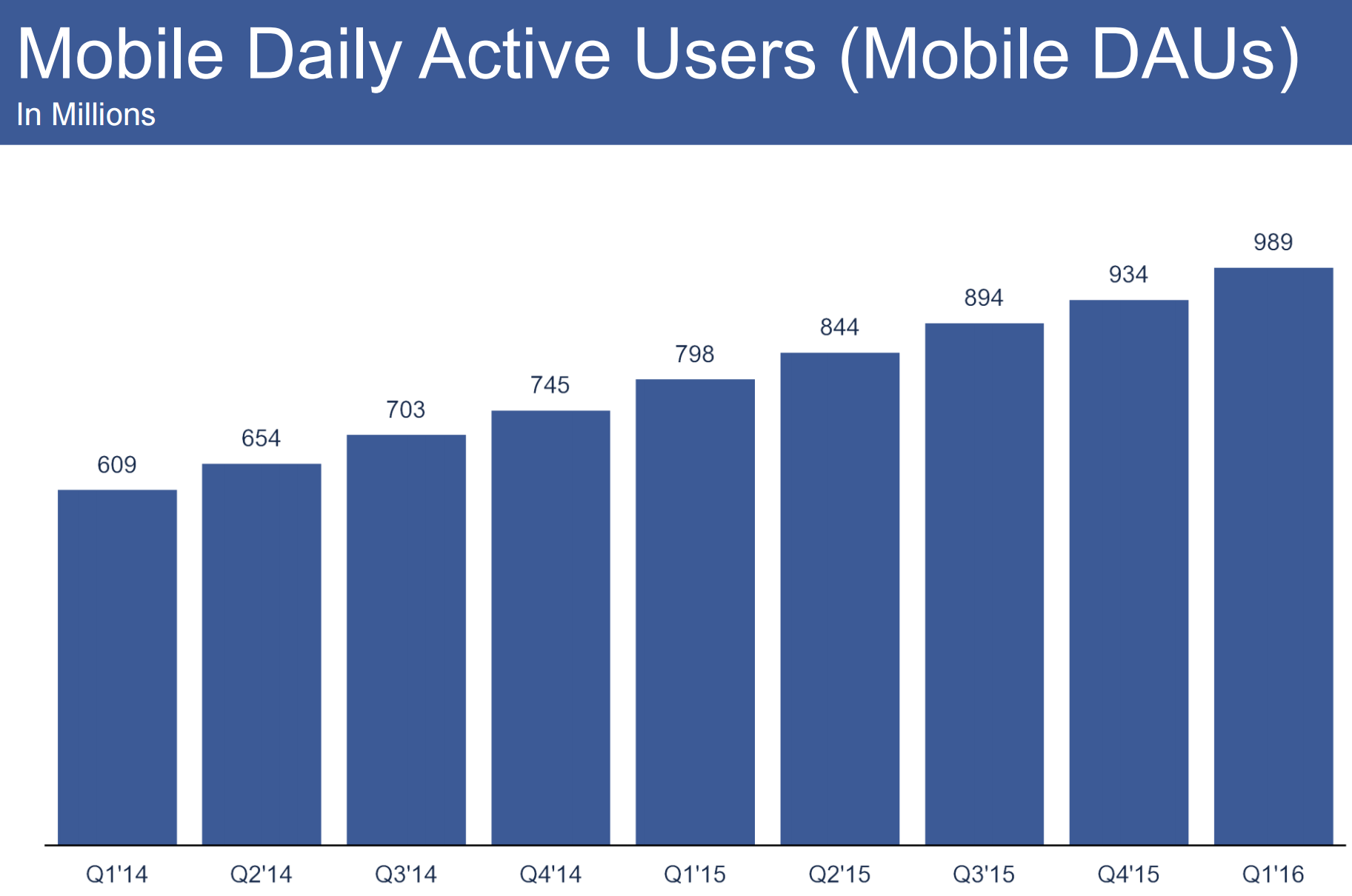