While Google Search already translated words for users who include the word “translate” in their keywords, e.g. “translate Здравствуйте,” it seems it will now automatically detect a foreign word and offer the translation at the top of the search results by default. 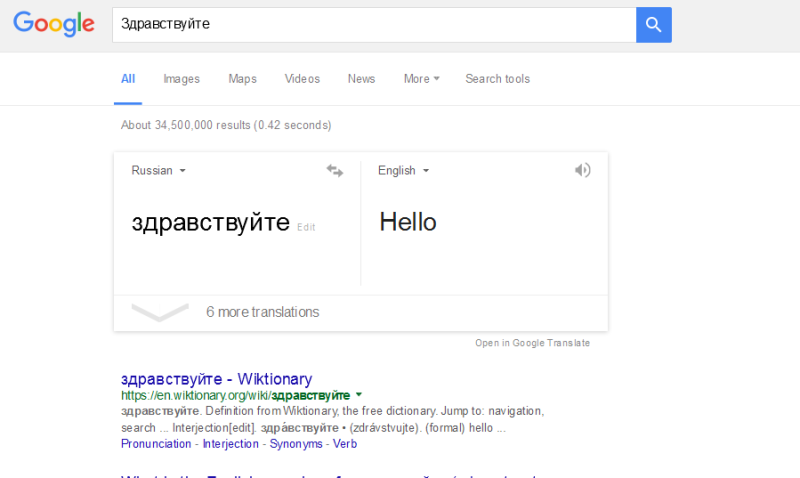 As noted by the Google Operating System blog, this feature doesn’t work for all foreign words, and it is seemingly restricted to one-word or two-word expressions (e.g. buenas noches). So, for anything else, you’ll still have to include “translate” in the keyword search.

Google Translate has come a long way over the past decade — it now supports more than 100 languages, and it can even translate words in photos. Google is also working to bring more deep-learning smarts to Google Translate to improve its accuracy.