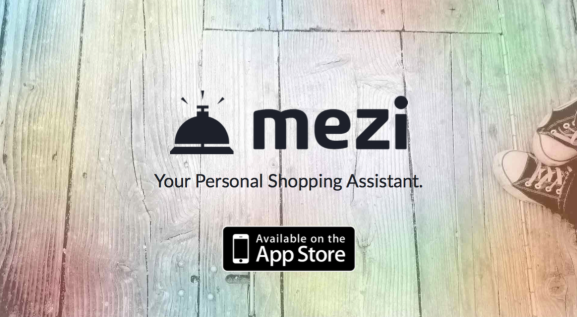 Mother’s Day is this weekend, and if you were worried about finding the right gift, well, there’s an app for that. Wait – scratch that, apps are suddenly so last year. Instead, for 2016: There’s a bot for that.

Shopping assistant Mezi launched in December 2015, and the bot company set out to distinguish itself in two ways. First, it’s focusing on ecommerce bots, and second, it’s building what CEO and cofounder Swapnil Shinde calls “a human-assisted AI platform” that uses natural language processing (NLP) to understand users’ requirements and machine learning to personalize recommendations, and to determine which ones can be answered by bots and which will be routed to human shopping experts.

Six months later, Mezi has created 10 bots, struck revenue-sharing arrangements with 10 merchants, formed affiliate partnerships with hundreds more, and nearly doubled its staff from 25 to 48. The company agreed to share some early data with VentureBeat, information that suggests where the initial opportunities for bots may lie.

Mezi’s bots are each devoted to a single purpose: There’s one for sending flowers, one for hotel reservations, another one for booking air travel, as well as bots for handling payment and shipping. When a consumer accesses the Mezi app (iOS-only for now, also available via SMS), the bot greets them and asks, “What can I find for you today?” And so begins a consumer’s interaction with the Mezi shopping assistant, which uses AI and NLP to seamlessly route them from bot to bot throughout a conversation in order to discern their needs, present purchase options, and finalize a purchase. If needed, these bots route the conversation to humans, who then respond immediately. Mezi user accounts are connected with Stripe for payment processing.

The Mezi platform is constantly learning and improving its replies to queries. According to Shinde, 80 to 90 percent of flower purchases and 90 to 95 percent of hotel reservations can be booked end to end by bots, whereas only 50 percent of other transactions are completed without human involvement. Naturally, Mezi is counting on AI and machine learning to enable bots to eventually fulfill nearly all of its transactions.

According to Shinde, Mezi users typically send just five messages or fewer to complete a purchase. The CEO also said that 40 percent of Mezi users are repeat month-over-month buyers and that average revenue per user (ARPU) is $650 for the first three months. Among Mezi’s goals are ensuring that buyers stay loyal and increasing ARPU for longer time periods. The company makes money by taking a small cut of payments made to merchants. Shinde declined to share overall user numbers or revenues.

Not surprisingly, Mezi’s users are concentrated among millennials, with more than 30 percent between the ages of 18 and 34. The most popular shopping categories overall are travel, fashion, and gifts, which claim 35 percent, 30 percent, and 25 percent, respectively, of the total transactions.

While Mezi competes with a raft of other personal assistant companies —  including GoButler, which is now focused on air travel — and with the bots from established companies like Booking.com, it’s Facebook, which announced a bot framework for Messenger last month, that may prove to be the 800-pound gorilla.

Shinde discounts what he calls Facebook’s “vending machine approach” for purchases that he believes should be custom decisions. “We’ll always recommend suggestions from multiple merchants,” Shinde says. “Our recommendations for each user are completely personalized based on the use case.”

“It’s the right approach,” he argues. “Many people don’t know what gift to give, and we’ll give them options.” For Mother’s Day, then, depending on your wishes and budget, Mezi might help you choose jewelry, a gardening set, or the old standby: flowers. See the video below.

The San Francisco-based company is led by cofounders Swapnil Shinde (CEO) and Snehal Shinde (COO). The brothers previously founded Dhingana, an Indian music streaming service that amassed 15 million monthly users before being acquired by Rdio in 2014. The company has raised $2.8 million from Nexus Ventures and others.