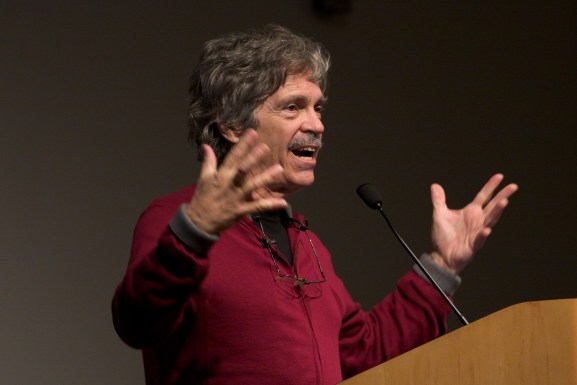 “HARC’s mission is to ensure human wisdom exceeds human power, by inventing and freely sharing ideas and technology that allow all humans to see further and understand more deeply,” Altman wrote in a blog post.

While both are humanistic in scope, HARC is clearly different from YC Research’s OpenAI research company and that group’s forward-looking exploration of the implementation of basic income for people.

HARC researches technology in its broadest context, which includes: technology for communication (from the invention of spoken language to modern data graphics), intellectual tools (such as the scientific method and computer simulation), media (from cave painting to video games), and social systems (including democracy and public education). We are focusing on areas where we believe the structures created today will have the most impact on the future, and that can most benefit from having dedicated resources outside the for-profit world. At the moment, these areas include programming languages, interfaces, education, and virtual reality.

Our shared vision of technology combines an expansive long-term view with a strong moral sense. We look to the distant past as well as the far future. We reject the artificial boundaries created between the humanities, arts, and sciences. We don’t always agree on what is good or evil, right or wrong, but we use these words seriously and are driven by them. We seek to guide human technologies in thoughtful and ethical directions, with a deep sensitivity to the relationship between technology and the human condition, and the difference between what a piece of technology is intended to be and how it impacts humanity in reality.

Kay, a key figure at the original Xerox Palo Alto Research Center (PARC), who is credited for his contributions to object-oriented programming and the graphical user interface (GUI), will be contributing to HARC’s “strategic vision” alongside Patrick Scaglia, a former HP executive who will serve as the program’s chairman, Altman wrote. SAP and Infosys are partners, and, indeed, Vishal Sikka, Infosys’ CEO and a former executive at SAP, is on its advisory board.

“We look forward to sharing more about our research in a few weeks,” Altman wrote.