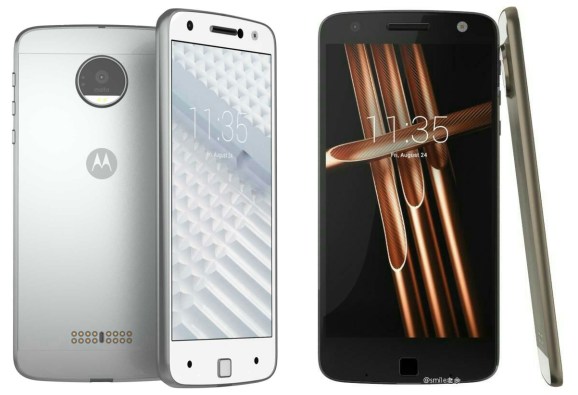 After three years of selling its flagship handsets under the Moto X brand, Lenovo’s Motorola subsidiary is planning on changing course with this year’s models, according to marketing material seen by VentureBeat. But the change isn’t very drastic; in fact, the company only had to look two letters further down the alphabet to settle on the new branding: Moto Z.

While it’s fairly uncommon for manufacturers to change up their flagship lineup’s branding (e.g. Galaxy S7, LG G5, iPhone 6), it will actually be the third such occurrence this model year. HTC, having used the One brand since 2012’s One X, instead decided to call its 2016 hero device HTC 10. And Sony moved in the opposite direction to Motorola, from Xperia Z to Xperia X.

As VentureBeat reported last week, this year Motorola once again has at least two flagship phones in the works, including a pair of 5.5-inchers codenamed Vertex and Vector Thin. And in an attempt to bridge old and new, these two devices will marry the new brand name with last year’s Moto X model names. The result? Vector Thin, the more premium handset, will be known as the Moto Z Style, while Vertex will apparently be dubbed Moto Z Play.

Plus, in a move designed to implement even further branding consistency, Verizon Wireless’ Droid versions of these phones are also receiving a nomenclature tweak. Gone are the Droid Turbos and Droid Maxxs of years past, to be replaced by “Droid Edition” riffs on the global branding. Think: Moto Z Play Droid Edition.

Finally, the modular backplates —  such as a pico projector, stereo speakers, and premium camera grip with optical zoom lens — that Lenovo and Motorola are banking on to differentiate these phones in a crowded marketplace will be sold at retail not as Amps, but as MotoMods.

The entire ecosystem of phones and backplates is widely expected to be revealed early next month at the Lenovo Tech World show in San Francisco, starting on June 9.