From virtual reality to bringing the next 1 billion people online, Facebook founder Mark Zuckerberg is all about big ideas these days.

His latest brainstorm was trotted out at F8 this year: opening Facebook’s Messenger to chatbots. Here, it seems, is a way to advance the next revolution in communication, one that he argues is destined to replace apps, which are reportedly in decline.

However, this bold notion has hit a big stumbling block right out of the gate, at least for users like me: Chatbots are incredibly difficult to find, even on Facebook’s platform. And discovering ones that are actually useful is as hard now as it used to be to find a unicorn.

“The primary challenge is fragmentation and a lack of standardization,” said Jon Cifuentes, a research analyst for VentureBeat Insight. “There aren’t two stores with a strong governance process like Apple or Google. You can deploy bots on a number of platforms, using dozens of developer kits. There’s literally no search and discovery. A few sites have popped up, but nothing formal.”

I ran headfirst into this problem when I decided to get on the chatbot bandwagon. I’m never the earliest of early adopters, but I figured I needed to see what all the fuss was about.

So I updated my Facebook Messenger app and opened the Messenger web browser client. And then in the search box, I typed “bot” and then “chatbot.” Both times I got zip. Nada. Zero.

And, at the moment, it turns out it’s not. Over the past week, I tried out a handful of bots that were moderately interesting for about a nano second. There’s “Jarvis,” which allows you to set reminders for yourself. There’s “Alterra,” which, in theory, offers travel tips and booking but which could not seem to fathom that I wanted information about Toulouse, France and not France in general. And I tried TechCrunch’s newsbot, which sent me a news summary each day that just seemed like a basic newsletter I can already get via email.

All fine. But all things I could pretty much already do in other ways.

Yes, yes. It’s early days. I get it. Artificial intelligence is advancing rapidly, and developers are just getting their heads around Facebook’s chatbot platform. Still, the experience matches most of what I’ve seen when I’ve encountered chatbots in recent years on other websites, where they seem to be primarily used in place of customer service reps.

Often, a “virtual assistant” pops up and asks how they can help me. When I type in a question, the assistant typically grabs a few links from the site’s FAQs. It’s certainly artificial, but there’s a notable lack of intelligence.
I’m willing to bet that eventually developers and big brands will figure out something dazzling. But in many cases, it’s going to be hard for most of the developers who don’t have big marketing budgets to get the word out. They’ll have to hope that word-of-mouth will carry them into hearts and minds.

It would be much more helpful if there were a simple, centralized way for me to find chatbots. And hunting around for chatbots, I did come across a couple of useful sites.

The first is Chatbots.org, which looks like a 1990s-Yahoo-era directory of chatbots across many platforms. The site lists 1,193 chatbots, including 47 on Facebook. These Facebook Messenger goodies include: “Cyber Galaktioni,” which calls itself a “digital clone of famous Georgian poet Galaktion Tabidze, ‘The King of the Poets’ as they called him. Cyber Galaktioni Chat Bot tries to simulate the mind of the poet, all his answers are based on his writings, biography, memories and letters.”

More recently, a trio of developers built Botlist.co, which also spans many platforms. Botlist.co calls itself an “app store for bots.” Which is something I’m still quite surprised Facebook hasn’t built. Botlist.com offers the ability for users to comment and rate apps, though I couldn’t see that the site has attracted many yet.

Cifuentes argued that these types of sites are probably sufficient for the moment, given the current state of chatbots.

“The role right now is a catalog for bot makers,” he said. “Until we see broader adoption from consumers — and really, better chatbots that help people, there’s no need for search and discovery right now. The types of people playing with chatbots know where to look — the general public will need to be educated on why this helps them, and there needs to be great consumer use cases for that.” 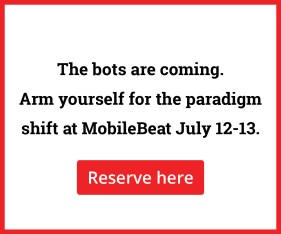 He’s probably right, but I think it’s still worth remembering how important Apple’s App Store was in moving the app and smartphone revolution along. I’m not sure anyone wants Facebook or anyone else to have quite the same level of control over chatbots as Apple has over its apps.

But I do want an easy-to-use, centralized service to help me learn about new chatbots and access reviews of them. This could lower the barrier for casual users like me. It could also serve as a critical motivator for developers by giving them a place to put their new chatbot in front of the massive audience that Facebook can deliver (or other platforms, like Telegram and Slack, that also have embraced chatbots.)

Maybe the chatbot revolution has begun. But it could fizzle out quickly without better search and discovery to make sure that mainstream users are joining the parade.