We weren’t overly impressed with “Tinder for threesomes” app 3nder when it first arrived more than two years ago, and now Tinder itself is apparently taking umbrage, too. Why? Apparently because there could be significant confusion between the respective services, especially as “3nder” is pronounced “thrinder,” which sounds a lot like Tinder. 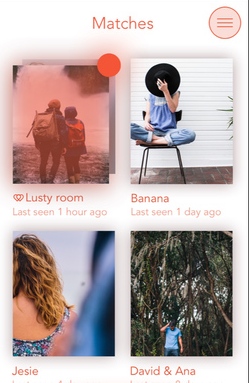 Above: 3nder for iOS

According to a statement issued by the folks at 3nder, sent alongside a link to an interactive site called Tinder wants to kill 3nder, Tinder has ordered the startup to “cease operations.” This has led 3nder to formally respond by “highlighting their significant differences,” including its mission, user base, and “emphasis on beautiful user experiences.”

There are other dating apps with names similar to Tinder, including Grindr, a social network for gay men which closed a chunky $93 million funding round earlier this year. But Grindr actually predates Tinder by several months, while you could also argue that the name doesn’t “sound” like Tinder.

Though 3nder’s target market may be more niche than that of Tinder or Grindr, it recently managed to secure $500,000 in seed funding after running what it called a “shitty MVP (minimal viable product)” that didn’t work all that well for a year. The company says it almost went bankrupt back in February 2015.

Match Group, the parent company of Tinder, filed to go public on the NASDAQ last November, and it has dozens of other online dating brands under its wing, including Match.com and OK Cupid.

“Our mission and our values could not be more distinct from those of Tinder,” said London-based founder Dimo Trifonov. “We have and always will put ethics and aesthetics first. Our members seek something else entirely when they come to us — to explore their sexual curiosity and date in an open-minded space. With so many sexualities and relationship structures left out of Tinder and the Match Group offerings, there is room for all of us. No one should have a monopoly on love.”

3nder claims three million messages are now sent through its platform each month, and it has well over 500,000 registered users. It will shortly be adding an Android app to its existing iOS incarnation, and it says there are 70,000 people on that waiting list globally.

VentureBeat has reached out to Tinder for comment on 3nder’s claims, but we have yet to hear back from anyone at the company. We’ll update here if or when we do.