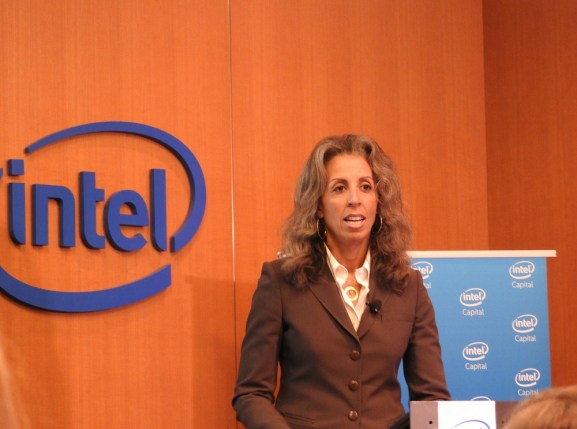 Intel Capital veteran Lisa Lambert has left her position with the company to join Westly Group. It’s a real loss for Intel, as Lambert was managing director of Intel Capital’s Software and Services Fund as well as the Intel Capital Diversity Fund.

Last June, Lambert announced the Intel Capital Diversity Fund in a press conference that included Intel CEO Brian Krzanich. It’s not clear what will happen with that fund as Lambert exits.

Lambert has 16 years of venture experience, and she was associated with investments that yielded seven initial public offerings and 30 acquisitions, Westly Group said.

Westly Group is focused on investments related to sustainability. Lambert will focus on investing in high-growth software, Internet, and Internet of Things companies for the Westly Group.

Lambert serves on the board of directors for Silkroad Technology, Brit+Co, and Mark One and is a board observer for Urban Airship, Kaltura, and Fonality.

“We are delighted to have someone of Lisa’s caliber join our firm,” said Steve Westly, in a statement.  “Lisa brings a strong background in technology and a terrific investment track record.  It’s no surprise that someone who was once a Division I college athlete and team captain, has become one of the best coaches for young start-ups in Silicon Valley.  We’re delighted to have her on our team.”

In a statement, Intel Capital chief Wendell Brooks said, “We congratulate Lisa on a terrific opportunity to focus on software investing, her first love. Lisa has completed a large volume of venture capital equity transactions during her tenure at Intel Capital with strong results. We wish her the very best in her new role and look forward to a relationship with Lisa at her new firm.”

Brooks said Intel is committed to the diversity fund and is actively interviewing candidates to replace Lambert.