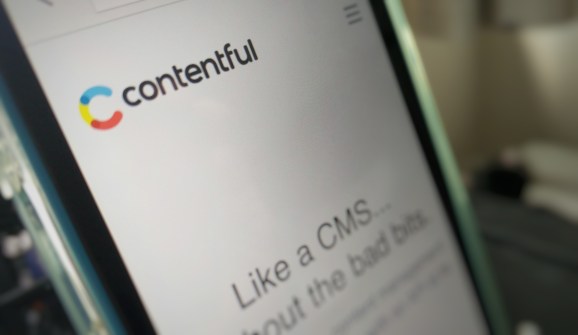 Contentful, a German startup seeking to power the future of online content with its API-focused content management system (CMS), has closed a $13 million investment. The round was led by Benchmark Capital, with participation from Trinity Ventures, along with existing investors, including Balderton Capital and Point Nine Capital.

Founded out of Berlin in 2011, Contentful offers a CMS aimed at the modern multi-screened world and caters not only to desktops and mobile, but also to digital signage, watches, and smart cars, among other fledgling platforms. Today’s funding takes the company’s total cash raised to $16.8 million. It will be used to open a San Francisco office, hire new staff, and enable the company to “focus on evolving the platform to meet the changing needs of the developer community and enterprises alike,” the company said in a statement.

WordPress currently powers a quarter of websites, and emerging upstarts such as Medium are pushing to become publishing powerhouses. But Contentful is looking to support the future of content consumption, rather than emulating existing systems that do little more than reproduce the printed page for a screen (with some rich media smarts thrown in for good measure, of course). The company isn’t interested in competing with the likes of WordPress, as it’s not focused specifically on web publishing, instead, we’re talking native mobile apps, glasses, watches, and whatever devices the future throws at us.

“Traditional CMS like WordPress or Drupal have been designed to be great for desktop websites, but are not architected for other devices and platforms,” explained Sascha Konietzke, founder and CEO of Contentful. “As a result, this presents an abundance of challenges for developers, who are working to create new content experiences. We are alleviating those hurdles to make life easier for developers and more productive for companies.”

The pricing varies from free to $200 per month depending on the company’s size and needs. Contentful says it has seen monthly revenues grow at “double-digit rates,” and claims some notable big-name customers, including Nike, Jack-in-the-Box, Urban Outfitters, Red Bull, and Xoom.

Contentful is yet another emerging European success story, and with a new office in the heart of America’s technology capital, the company is now doubling-down on its efforts in the States.

“When we invested in Contentful, we saw a European company that had the potential to transform content management on a truly global scale,” said Suranga Chandratillake, general partner at Balderton Capital and a board member at Contentful. “Since we invested, they developed the company from a disruptive new concept into a rapidly growing leader in Content Management. From their base in Berlin, the company already sells most of its software in the U.S, therefore it was only natural that Contentful would look to the USA for its next round of funding.”