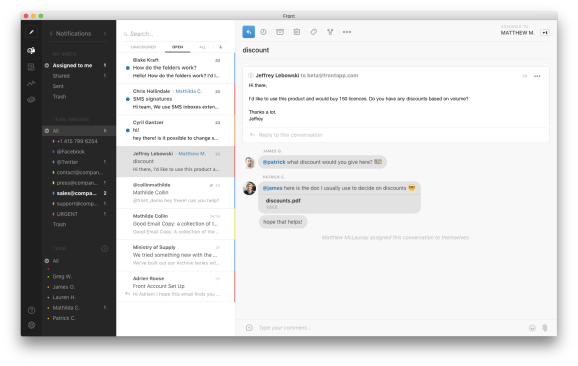 If Slack is dominating the team communications space, Front wants to do the same with email. To accomplish this, the company announced today that it has raised $10 million in new funding, led by Social Capital. It’ll follow a similar model to the one laid out by Slack, which includes adding more integrations and a developer API and bringing in more talent.

Started by Mathilde Collin and Laurent Perrin, this Y Combinator-backed startup makes your inbox collaborative. Many people are dealing with multiple aliases, such as support, sales, or in the case of media, a tips inbox. It can be difficult to find a way for everyone on the team to access content and discuss issues, suggestions, and feedback in an efficient manner. But Front creates a shared inbox that facilitates internal discussions by enabling comments in each message. 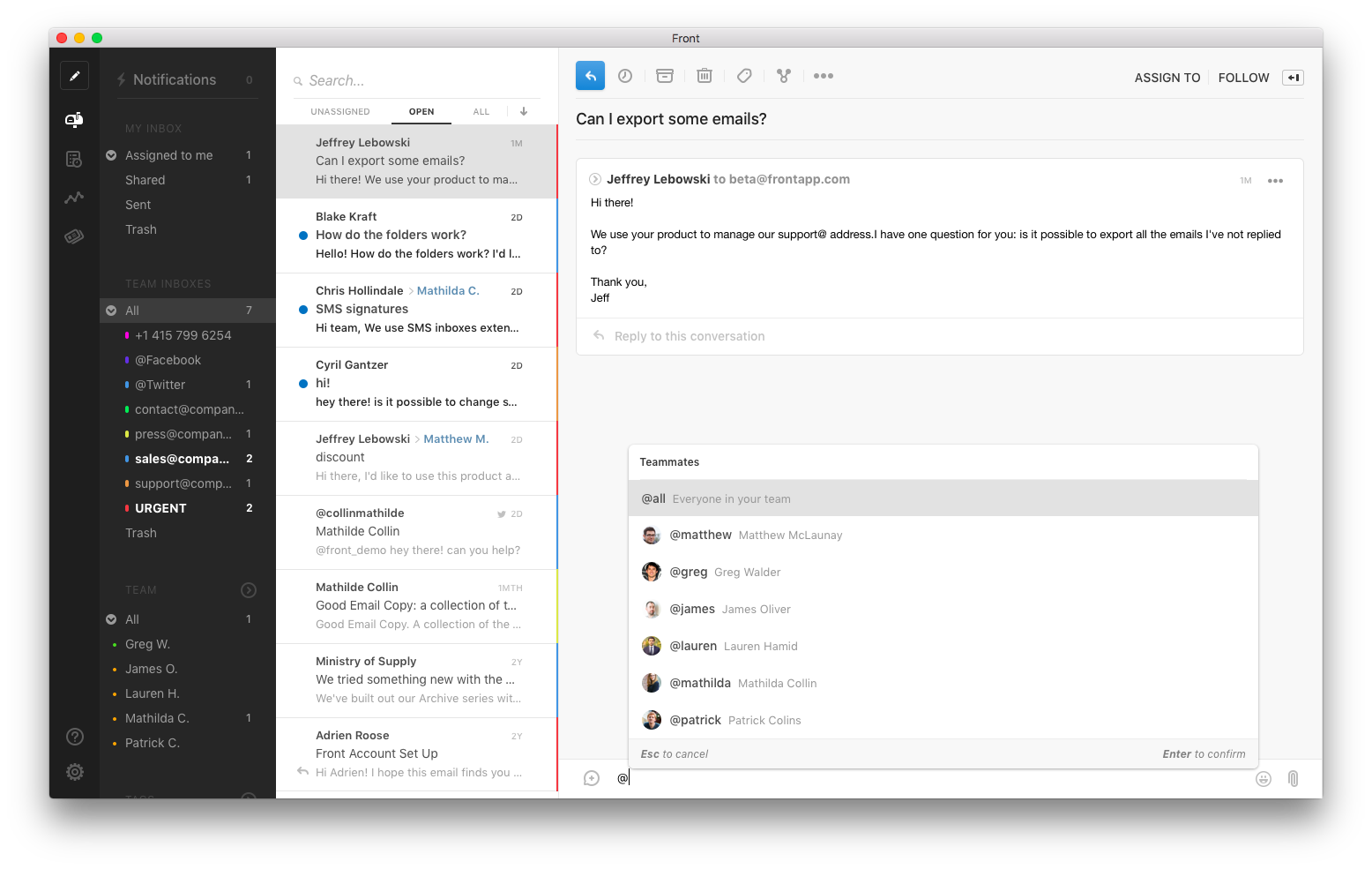 Collin believes that the email of the future will be multiplayer, no longer a 1:1 communication. “CCs and BCCs will disappear and give way to a ‘share’ feature, forwarding an email will be replaced by a ‘comment’ function, reply-all will give way to subscribe/follow mechanisms,” she wrote in a blog post. Email will also become intelligent through the use of AI technology, learning from not only your actions, but those of millions of other users in your organization and beyond.

Lastly, Collin emphasized that the system will become integrated with third-party apps, and Front is already getting started with 21 partnerships — all designed to unify external communications. Integrations with players such as Salesforce and GitHub are also planned and are designed to help save time by eliminating the need to jump around in multiple services.

Mamoon Hamid, a cofounder and general partner of Social Capital, explained that he felt Front “has the potential to become one of the core apps that knowledge workers live in” and added that this is “a crucial part of the stack that will absorb and improve communication that has traditionally happened over email.”