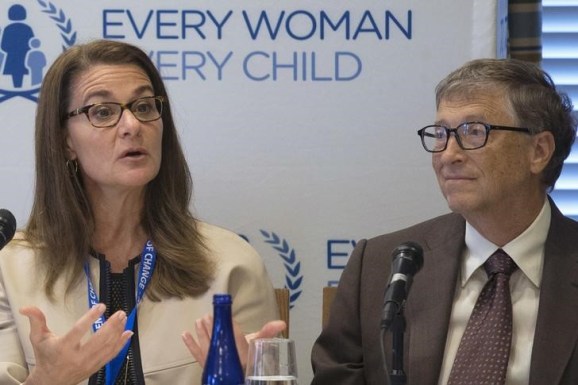 (Reuters) — The Wellcome Trust medical charity is to profit from U.S. approval of a new diagnostic cancer test, the first commercial product funded by the organization since the sale of its pharmaceuticals business to Glaxo in 1995.

The regulatory green light shows how the world’s leading healthcare charities are becoming important sources of finance for biotech startups and can gain when the young firms they back succeed.

The Bill & Melinda Gates Foundation recently made a $80 million profit from selling a stake in Anacor Pharmaceuticals, a firm it had backed for its work on neglected diseases, which is now being bought by Pfizer.

With an endowment of $40 billion, the Gates foundation is the world’s largest charity, while Wellcome has an 18 billion pound ($26 billion) investment portfolio. Their scale makes both organizations powerful forces in global medicine.

The new cancer test called Axumin, which got a green light from the U.S. Food and Drug Administration on Friday, was developed by start-up firm Blue Earth Diagnostics, which is owned by Syncona, Wellcome’s biotech investment arm.

It is injected as part of a PET scan and helps reveal recurrent prostate cancer.

“It’s a validation of our investment approach,” said Martin Murphy, chief executive of Syncona, who said profits would flow back to the main organization for its charitable work.

Syncona is a major investor in several other companies developing innovative products that it believes offer substantial patient benefits, including two firms working on gene therapies for blindness and liver problems.

With 250 million pounds to invest over the long term, Syncona aims to achieve returns that can help fund the charity, while also focusing on unmet medical needs and helping companies that would otherwise struggle to raise money.

The Gates Foundation approach is somewhat different. Its “program-related investments” are designed to spur entrepreneurs and companies to pursue ideas in the public good, rather than necessarily to make a profit.

But it still stumbled on a big financial win with Anacor, thanks a soaring share price as the company’s drugs made progress, and the foundation sold 99 percent of its stake for $86.7 million last November, 17 times its initial 2013 investment of $5 million.

The Wellcome Trust sold the majority of its stake in the Wellcome drug company to Glaxo in 1995. That led to the creation of Glaxo Wellcome, which later merged with SmithKline Beecham in 2000 to form GlaxoSmithKline.