Stealth Israeli startup Sirin Labs officially launched its super high-end Android smartphone at an event in London today, bringing to an end years of speculation about what the company’s been cooking up behind the scenes.

Sirin Labs was founded in 2013 by Kazakh entrepreneur Kenges Rakishev, Israeli venture capitalist Moshe Hogeg (the same guy behind Yo and Mobli), and former McKinsey consultant Tal Cohen. The mission? To create the Rolls-Royce of smartphones — an advanced device that combined “the highest privacy settings, operated faster than any other phone, [and was] built with the best materials from around the world.” The company had raised a $25 million “seed” round a couple of years back, followed by a chunky $72 million round just last month.

Solarin promises “the most advanced privacy technology, currently unavailable outside the agency world,” and has partnered with KoolSpan to integrate chip-to-chip 256-bit AES encryption, similar to what the military uses to protect communications. It’s activated via a physical security switch on the back of the phone.

“‘Cyberattacks are endemic across the globe,” said Tal Cohen, CEO and cofounder of Sirin Labs. “This trend is on the increase. Just one attack can severely harm reputations and finances. Solarin is pioneering new, uncompromising privacy measures to provide customers with greater confidence and the reassurance necessary to handle business-critical information.’ 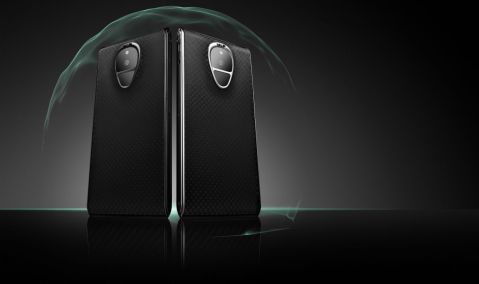 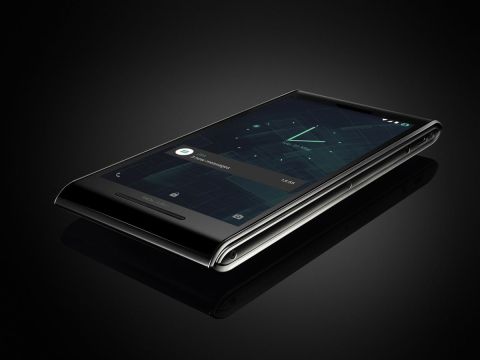 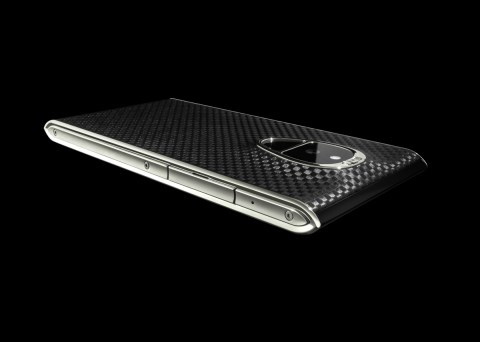 “Every single design decision and material choice was based on performance and functionality,” said Fredrik Öijer, VP of product at Sirin Labs. “The product you hold today unites the very best of the world stage.”

It’s worth noting here that this isn’t a mass-market device — at $13,800 this is for the super-rich. But if that’s you, then it goes on sale online globally, at Sirin Labs’ first retail store in Mayfair (34 Bruton Place), London from June 1; and at Harrods, Knightsbridge from June 30.

London is the “natural home of the Sirin Labs’ customer,” as the company previously put it. But plans are afoot to open additional retail stores across Europe, North America, and Asia later in the year.

Ludicrously expensive phones aren’t entirely without precedent — Nokia dumped luxury-phone brand Vertu back in 2012, but only after it had brought to market a number of eye-poppingly expensive handsets, such as the $310,000 Signature Cobra and the $5,000 Constellation. After leaving Nokia, Vertu brought out its first Android device — the $10,000 Vertu Ti — and was eventually acquired from Swedish private equity group EQT by a consortium of Chinese investors back in November.

We’ll also be trying to get a hands-on with the Solarin phone and update with more photos.