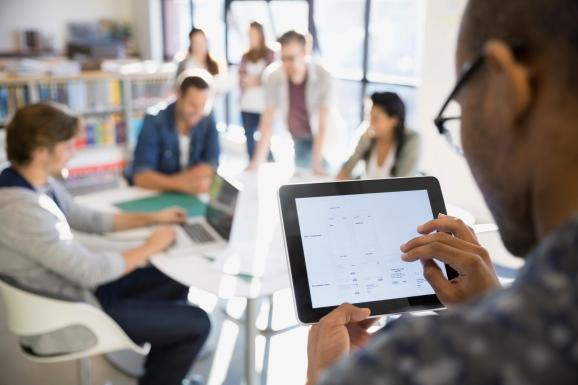 Verto Analytics has announced today a $16.1 million Series B funding round led by EQT Ventures. The company — which provides audience measurement solutions for monitoring consumer behavior on every device, app, and platform used throughout the day — intends to use the funds to scale its services globally within the digital media, mobile app and gaming, adtech, and Internet sectors and expand its global operations.

Launched in 2013 and headquartered in New York, Verto has raised a total of $23.9 million, to date. Its services include Content Watch, Device Watch, and App Watch, all of which are focused on measuring consumer behavior across devices, digital media properties, publishers, and mobile apps. Current customers include Microsoft, EA, and Cisco.

Cross-device measurement is important. In a recent Adobe study, we learned that consumers are now using an average of 2.42 devices at the same time. And mobile multi-device usage is a global phenomenon. Mobile advertising revenues will surpass desktop in late 2016 in the U.S. As of May 2016, more than 10 billion hours per day were spent on mobile apps by U.S. consumers aged 18 and over. For comparison, 94 percent of online users in China are using smartphones versus 70 percent in the U.S, and there are twice as many online users in China as there are people living in the U.S.

Verto is focusing on the global explosion in mobile with this funding round, but what does “global expansion” mean for a company with existing offices in the U.S., U.K., and Finland. Where is Verto heading next?

“We have expanded in two ways,” Dr. Hannu Verkasalo, CEO and founder at Verto Analytics, told me. “First, our global clients, which range from big Internet companies to advertisers, need and have requested more global data. As a result, we have already expanded App Watch and Content Watch services from the U.S. market into China and the U.K. We’ll also announce Verto’s entry and launch into three new countries very soon — each of which are very large, important markets, so this expansion will continue. Alongside this, we’ve expanded to provide local client services and sales/marketing work in many of these countries, and are opening up offices in these new markets.”

Cross-device measurement isn’t easy. Inherently, Verto is taking on a number of challenges, but it is hoping to mitigate those risks by providing a unique benefit to customers.

“The biggest challenge most mobile-centric and increasingly multi-platform publishers have is that they cannot benchmark themselves against the total market or competitors,” Verkasalo said. “This affects their decision-making, ranging from audience acquisition to product development. We are providing the same for the digital world as Nielsen provided for TV.”

While global expansion can take time, Verto is making its next move quickly.

“Most importantly, we are able to help our large global customers with bigger client services teams in different countries, and secure more local work in, for example, doing data quality assurance (QA) and ensuring that our customers can integrate our data better, and as a consequence, gain more value,” Verkasalo said.