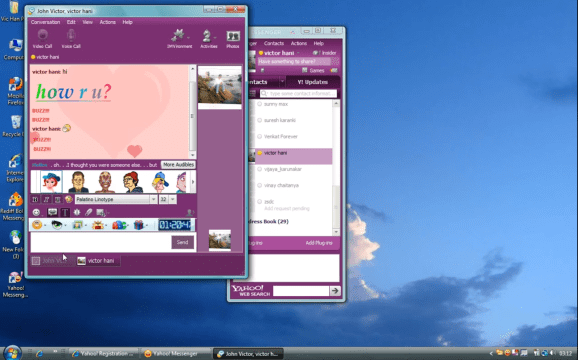 Yahoo said today that it will be shutting down its old Messenger application on August 5. Downloads of the old version are no longer available from Yahoo — but after that date users won’t even be able to log in or send messages on it or third party-clients that used its application programming interface (API), a spokesperson confirmed to VentureBeat.

This is software that made its debut in the late 1990s, with the classic serif Y that stands for Yahoo. The legacy Yahoo Messenger garnered a following among stock traders and developed a solid user base in the Asia-Pacific region, the spokesperson said. But now that Yahoo has a modern cross-platform Messenger with features not included in the old version, Yahoo is giving its predecessor the old EOL (end of life).

Here’s how Yahoo explains the move in a blog post:

In December of 2015, we announced a brand new Yahoo Messenger for mobile, the Web and in Yahoo Mail on the desktop, built on a new modern platform. This complete revamp brings users an incredibly fast, beautiful and smart way to send — and unsend — messages, photos and animated GIFs in 1:1 and group conversations. While today we provide basic interoperation between the legacy product and the new Messenger, we encourage all of our users to complete their transition to the new Yahoo Messenger as we will no longer support the legacy platform as of August 5, 2016. We intend to continue our focused efforts on the new Messenger, with a goal of delivering the best experience to our users

The change affects the legacy Messenger clients on Windows, Mac, Android, and iOS.

The announcement comes as Yahoo reviews strategic options, including a reverse spin of certain properties. In February Yahoo announced that it was laying off 15 percent of employees. Top brass in Yahoo Labs have left, and the company has moved to kill off digital magazines and other products in the past few months.

In today’s blog post Yahoo also announced that on September 1 it will discontinue the Yahoo Recommends content discovery tool for third-party websites that can suggest articles to read.