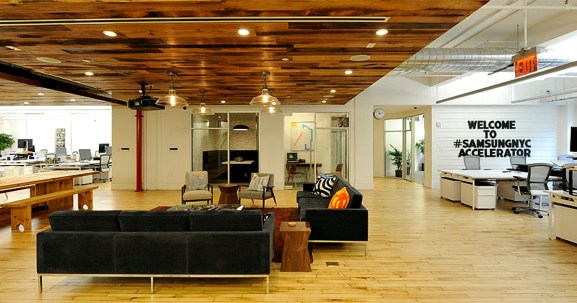 Does it seem like every time you walk out your door in Europe you run straight into a startup accelerator?

Well, it’s not just you, according to a new report published today from Gust, an online platform to manage startup fundraising, and Fundacity, a fundraising network.

For better or for worse, Europe now has more startup accelerators than any other region in the world.

But while the pace of accelerator openings is decelerating in the U.S. and Canada, it’s accelerating in Europe. Why? Because national governments and the European Union have recently focused on them as way to jumpstart the region’s startup scene.

In a second report, Gust and Fundacity found that a sizable portion of the European Commission’s annual spending of $900 million for startups goes to accelerators.

Across Europe, 27 percent of accelerators received some amount of public funding. In some cases, that accounted for 100 percent of their funding. By contrast, 56 percent of EU accelerators said they were purely funded by private money.

Much of this government spending has come in the last few years. But rather than representing a radical departure from startup norms, those numbers are surprisingly quite similar to numbers in the U.S. and Canada.

The study found that 36 percent of accelerators in the U.S. and Canada had received some amount of public funding, while 56 percent were exclusively using private money.

And the gap really grows when it comes to exits. In the U.S. and Canada, 193 startups that came through accelerators get acquired or went public in 2015. In Europe, that number was 33.

We’ll see how the accelorator strategy plays out in Europe in the coming years. With the rush of accelerator openings, I’ve already heard plenty of critics question whether there are enough qualified people to run them and offer effective advice to young entrepreneurs.

In the short-term, though, expect many more of them to sprout across Europe as economic ministers increasingly view startup culture as the best chance of creating job growth for young people.