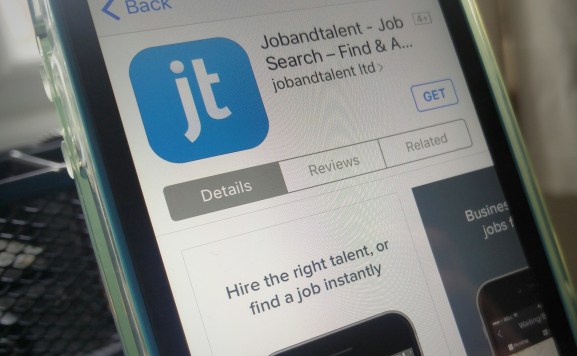 Jobandtalent, a Spanish startup specializing in matching jobs with candidates, has raised a $42 million series B round led by Atomico, the VC firm created by Skype founder Niklas Zennström.

Founded out of Madrid in 2009, Jobandtalent says it is setting out to “revolutionize the traditional online and offline methods of finding jobs and hiring candidates within SMEs.” The company had raised $43 million before today, meaning this latest round takes its total funding past the $85 million mark. The company says its fresh cash influx will be used to expedite expansion into new markets and allow it to grow in its existing territories.

One of the company’s core selling points so far has been its job-matching technology that uses linguistic analysis and machine learning to help job seekers find positions they perhaps wouldn’t normally be presented with — the company’s algorithms evaluate job ads and resumes to find the best matches.

While Jobandtalent once offered a web portal, it has now gone all-in on mobile, with native apps available for Android and iOS. This mimics moves made elsewhere in the recruitment realm, with Monster acquiring mobile-only job-hunting platform Jobr last week and fellow European recruitment startup Job Today also operating only on mobile devices. And, similar to Job Today, Jobandtalent also incorporates an in-app messaging feature that lets employers talk directly to potential candidates.

“Well over a billion workers now have cell phones, which means the recruitment sector is ripe for mobile disruption,” explained Zennström, who also serves as CEO of Atomico. “It was clear to us that Jobandtalent was best positioned to revolutionize this market. Their execution capability, leading matching technology, and transactional marketplace approach will make them scale faster than anyone else. We were extremely impressed with the Jobandtalent founding team and are excited to join them on their mission to reduce unemployment and hiring inefficiencies around the world.”

Today, Jobandtalent operates in five cities around the world — Madrid and Barcelona (Spain), Mexico City (Mexico), Bogotá (Colombia), and London (U.K.), and it claims that 10 million people and 150,000 businesses use its platform. So why no U.S. launch yet?

“We made the strategic decision to consolidate our expansion to South America and the U.K. — to ensure we maintained the quality of service and the high satisfaction rate of our users and companies with our expansion, as well as ensuring we reached a point of maturity within existing markets before seeking further expansion,” said Jobandtalent cofounder Juan Urdiales to VentureBeat.

And with $42 million more in its coffers, and a promise of more city launches on the horizon, a U.S. expansion won’t be too far off.