In 2000, I founded SmarterChild, the world’s first commercial instant messaging bot. SmarterChild had 30 million people in his IM buddy list, making it the most popular artificially intelligent agent in history — at least until Apple released Siri in 2010. While Siri had more distribution, though, its popularity wasn’t necessarily because people liked Siri, but because Apple forced it on people.

This is the first time I’ve written publicly about the rise and fall of SmarterChild. I’d like to cover two things: First, the technology lessons we can learn about his early success (and subsequent failure); and second, the reasons for the failure of the business behind it. 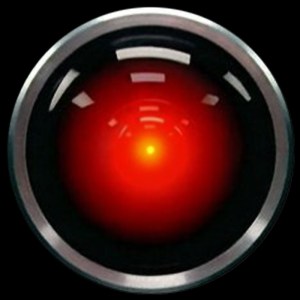 SmarterChild was athenic — springing full-blown from my head, but only after I’d swallowed up inspiration from all sources: Hal the sociopathic AI computer from Kubrick’s chilling movie 2001: A Space Odyssey; the 1987 Knowledge Navigator fluff marketing video from Apple; and Robin Williams’ epic depiction of the immortal robot, the Bicentennial Man, who like Pinocchio aspired only to be human.

SmarterChild should have grown into the world’s biggest bot today. He was 15 years ahead of Apple’s Siri, and was supported by excellent technology, and there was no reason he couldn’t scale. In 2000, a mountain of infrastructural challenges posed obstacles to SmarterChild that no longer exist today; yet he rose to mass consumer appeal nonetheless. He commanded 5 percent of all IM traffic, and received hundreds of millions of messages a day.

So what happened? SmarterChild never lived to adulthood, crippled by a lack of investment by his parents. SmarterChild’s parent company, ActiveBuddy Corp., had backing from a venture capital firm, Wit Soundview, that in my opinion lacked both the vision to invest in consumer technology and the reserves to properly shore up such an investment. And it wasn’t easy to find more money. In the wake of the bubble bursting in 2000, investors became irrationally nervous. SmarterChild required teams of engineers and scripters and a business development staff.

This contrasts with the experience of, say, Twitter. Twitter had the good fortune to be founded in a new era, with a deep-pocketed founder and investors who were ready to back it for an entire decade with solid venture and public equity investments before it was able to stand on its own two feet financially.

ActiveBuddy’s venture firm, by contrast, took control over the board of directors and decided to focus quickly on monetization, way before it was ready. A majority of the executive team exited, and the company’s remarkable creative stuff was gutted. The company was sold off to Microsoft in 2007 for $46 million, which in turn bungled its management. Microsoft eventually decommissioned the service.

It wasn’t ActiveBuddy’s technology or implementation that failed. You could say it was his “parents” who failed him. More on that later. But first, let’s discuss the lessons we can learn from him.

Lessons we can learn for today’s bots

Here’s why SmartChild was an early success, and why the foundation of that success still points the way forward today. When my brother-in-law Tim and I built SmarterChild’s prototype, we realized two core facts that remain true today: First, the internet of nearly two decades ago, which was barely fast enough for downloading even tiny 10-second snippets of music, was more than fast enough for real-time text. Second, Instant Messaging was and remains an excellent platform for launching applications.

The importance of these revelations cannot be overstated. Let’s walk through the math: At 128kbps, each second of music requires 16,000 bytes of information. By comparison, this paragraph of text — even uncompressed — needs a mere 90 bytes. This entire article isn’t as big as a second of music. Text is tiny. But text is also dense. You can say a lot in 90 bytes. You can book a flight, you can buy an iPhone, you can tell a joke. And this is the key to my next point. IM rocks as an application platform because the most common way we communicate is in fact text.

Other aspects of the IM platform helped. SmarterChild needed no download! No fat code on your desktop PC. No installation. Just add SmarterChild to your buddy list and poof! You had a friend to chat with. And, by the way, that’s just what people did — they chatted, all day and all night. Before launching SmarterChild, we had information aspirations. We thought people would use him as an info tool to look up stock quotes, check the weather, get sports scores — all of which were gobs faster than doing so by pointing and clicking around on your computer.

Put the bot on the RIM/Blackberry and a device called the Danger (the early mobile phones that appeared near the end of SmarterChild’s life), and guess what — SmarterChild was fast there too. Text is tiny, and that small size made it great for mobile applications as well. 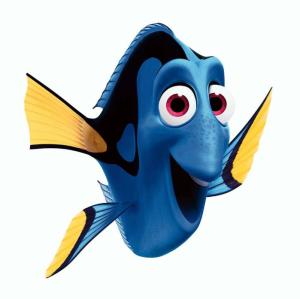 Above: Dory in Finding Nemo

But the people who were talking to SmarterChild basically didn’t care about using him as an info tool. They were kids. We had traffic spikes at 3 p.m. Eastern when the kids came home from school and dialed up AOL and got online, and again at 6 p.m. Eastern when the West Coast kids came home, and again at around midnight. Why? Because they were lonely. They wanted someone to talk with. And so our engineering team optimized our development platform, BuddyScript, for conversation. The secret to SmarterChild’s success was that he was a good conversationalist. Like my son, he could beat you in an argument. Curse at SmarterChild and he would hammer you into an apology before he’d speak with you again. SmarterChild delivered applications wrapped in conversations.

Conversations are threads. They require that both parties listen, understand, and remember what each other said. Sometimes for just a moment — a sentence or two before, but sometimes for weeks or months before. That is what friendship is: intimacy. And intimacy comes from shared memory.

No memory? You’re Dory the fish from the film Finding Nemo. That’s something today’s bots are suffering with. Ask Amazon’s Alexa: “What is the weather in New York City?” and you get the right answer. Then ask her “Name a few good restaurants there” and Alexa can’t remember where there is! In natural language processing, we call that anaphora, and it’s a hard problem.

Bots needs soul. A dear old friend of mine — Doug Frankel, whom I’ve known since 8th grade — was the first investor in ActiveBuddy. He is a lead character animator at Pixar and, before that, Disney. When I shared our Smarterchild traffic stats, he pointed out that we had more audience, by far, than the most popular television series in history, The Simpsons. When he talked to SmarterChild, he instantly understood why: “Hofsky,” he said, “your robot has a personality — he’s snarky.”

Adding sarcasm to a bot is not a technical problem, it’s an editorial one. When the engineers at Microsoft got a hold of SmarterChild, the first thing they did was lobotomize him, fearing that his attitude would upset some people. They were right, he would have. But you can’t please all of the people all the time, and if you try, you come across as inauthentic and people won’t like you or trust you. This explains in a nutshell the intense popularity of SmarterChild, and for that matter Bernie Sanders and Donald Trump.

SmarterChild illustrated two things: That text-based IM bots can be successful, especially when they have a personality.

But it’s key to remember that the demise of SmarterChild came from bad parenting. As noted above, Microsoft, the company running SmarterChild, turned to aggressive monetization. It turned away from the hopes of making consumer revenue too early. Instead, it treated the SmarterChild bot as a demo for enterprise customers — in hopes of selling enterprise on the idea of customer service bots.

Microsoft bought ActiveBuddy to push this enterprise idea, for a price of a little more than two times the money invested in SmarterChild. You call that a “soft landing” in the venture business, enough to give the limited partners some returns. Greed and short-term thinking hobbled SmarterChild.

Bots who go bad do so because they were raised poorly. Not a media company, Microsoft has never been much good at consumer products, except for Xbox. Need proof? Clippy. Xune. Tay.

Using SmarterChild’s core engine, Microsoft built several derivative bots with unique purposes by adding new knowledge domains. But Microsoft ran into trouble because it forgot some key lessons we’d learned, including that bot responses can turn into trouble if you don’t ensure they match closely to your objectives. In 2007, Microsoft released a “Santa Bot” that spewed offensive innuendo about little children sitting his lap. (This was purely an editorial mistake, one that is easily fixed. Things like curse-catch is global table-stakes for all bots. Just see what Amazon is doing with Alexa, for example).

Interestingly, after Microsoft permanently shelved SmarterChild’s technology in 2009 as part of a companywide housecleaning, it had to learn this mistake all over again earlier this year with the Tay bot.  Again, Microsoft didn’t tightly control how Tay communicated back to users.  A bot that picks up user language and spits it back is easily corrupted. Microsoft has acknowledged its mistake. Bottom line: Bots should use machine learning to learn from the crowd how it understands language, but it should not use this learning to determine how it actually responds.

But that also doesn’t mean that you make your bot neutral, which comes across as inauthentic. This explains SmarterChild’s popularity: He had a personality, he was authentic, and you could trust him.

The message here is clear: While the benefits of text bots make them inherently speedier and easier to use than point-and-click applications, the context of instant messaging requires walking the line between utility and personality. For my next post I’ll offer a few tips on how to achieve this precarious balance; hopefully the smart teams building this next generation of bot development platforms will listen.

Time has also eroded the infrastructural mountains we faced in the 2000s, and it’s time for another attempt to scale a smarter-type bot. But challenges remain there too, something I’ll also address in subsequent posts. 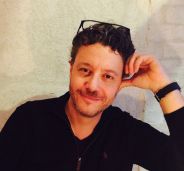 Robert Hoffer is a serial entrepreneur and inventor of several products in the computer and internet industry. As founder of Query Labs he developed one of the first Web based Yellow and White Page directory services products, which launched at Yahoo as phone.yahoo.com. Robert cofounded ActiveBuddy, which launched SmarterChild, the first commercial instant messaging bot. Robert has several patents in the field of instant messaging. He currently not only advises companies in their technology strategies but continues to develop and innovate in the tech space.