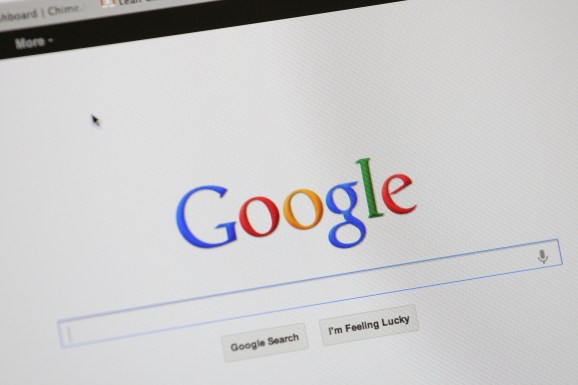 Despite the tremendous technological innovation we’ve witnessed over the past two decades (smartphones, cloud computing, social networks), search interfaces and their underlying mechanics have remained fairly stagnant. The familiar portals of the early naughts are largely what we see today: empty text boxes, user-typed queries and blue-link responses that point users to web pages or documents.

We think of search as being a “state-of-the-art” product — an index that can provide answers on anything. But think about it. Isn’t it strange that some people are “good” at Googling, as if it’s a skill? If this were a human-to-human interaction and I asked my “smart” friend a question, I wouldn’t have to be “good” at asking questions to get the information I needed. She’s smart, she can infer what I’m saying, regardless of how I phrase it. If I’m ambiguous, she’ll ask for clarification. If my question is too broad, she’ll ask for more details. If I am too precise and she doesn’t know, she’ll inform me that she doesn’t know.

Despite years of aggressive investment, search technology still fails to solve meaningful, tangible problems in the world today. This is largely due to:

With the advent of the Information Age, people are increasingly digitally literate and have higher expectations of technology’s ability to answer their most complex questions — especially when they’re on the go. They’re not going to tolerate a slow experience, an ad that interrupts their workflow, or a system that fails to answer their questions.

Do we know what the future of search and information retrieval looks like? Not exactly, but we know it has to include:

We’ve created a world where information is free and readily available for anyone who has a question. Incentives like advertising and online reputation are in place, encouraging people to share their wisdom. However, information in this system is created in fragments, requiring little to no production process. Communities like Stack Overflow and Quora are full of people willing to provide their “expertise,” but that doesn’t always align with the trust factor.

Additionally, continuing to have myriads of tiny websites with tiny edits from a million sources is not sustainable and will not suffice for creating an experience that gives people answers to unique, long tail questions, nor is it scalable or fresh. In order to build the next generation of search, we need to do more than just index other people’s content.

Google Maps is a great example of what the future of search should look like — augmented public data, powered by a knowledge graph. Google has thousands of employees on staff constantly correcting errors, machine-learning clusters interpreting addresses, cars driving through streets to get ground-level data, satellites taking photos, and millions of phones constantly sending updates. With this infrastructure, Google is able to maintain a real-time representation of the world and answer geospatial queries that have never been asked.

As humans continue to ask more complex questions, the future of search is going to need to adopt a similar model for every single knowledge vertical. This will be impossible if there isn’t a level of complexity and infrastructure built into the process. This same level of complexity and process needs to be applied to all data domains in the future. Google has started to provide more structured results in its search product, but it’s still lacking a lot of information. Given search was built on the foundation of crawling others’ content, where will this data come from? Will Google change its approach and become a content creator?

Google is actively investing in a knowledge graph, and it is not the only one. Microsoft, IBM Watson, Apple, Yahoo, and many others (yes, including Graphiq, the company I work at) are working on developing a knowledge graph of their own. A knowledge graph allows people to ask questions in a precise manner and instantly get an answer — even if nobody has asked the question before. The future of search has to be sufficiently broad in scope, precise in information, and instantaneous in delivering results.

Despite being the strong and obvious player to lead search into the next century, Google will have to confront one of the biggest challenges any successful technology firm has to overcome — the Innovator’s Dilemma. It evolved in a desktop world, when it made sense for search engines to show content and ads side-by-side. But today’s world is not a desktop world. And when you make 90% of your revenue from advertising, how do you pivot? How about when mobile advertising is not working as well as we had hoped? How do advertisers display an ad on your Apple Watch? What do you do when there’s no clear answer as to how a voice interface (i.e. Siri) will ever generate revenue from advertising?

With each paradigm shift, the walls protecting incumbents will weaken, creating a window of opportunity for new players. Mobile has already put a lot of evolutionary pressure on search, and the imminent transition to conversational interfaces (voice and messaging) will push even harder. In many ways, Google is the best positioned to reign in this new world. It has the data and engineering expertise to do so. But it’s this very fact that puts Google in the middle of the Innovator’s Dilemma. If it disrupt the market, it will hurt its own bottom line the most. If a less qualified actor takes action, Google will innovate less, but its cash cow will live longer.

So who are the contenders to take over the billionaire business of information retrieval?

Who will make this future a reality? Google has done a great job with maps but is struggling in disrupting itself with general search. Bing has done some interesting work in structured search, but nothing revolutionary over Google. Siri had an early shot, but Apple delayed further investments for years. Facebook had some good initiative, but we have yet to see something concrete. IBM Watson on the enterprise side, or the academic Wolfram Alpha could have a good hand, but we have yet to see traction. And then there are the smaller newcomers such as Graphiq, ViV, and Hound. The race to own the future of search has started, and one of the biggest businesses in history is up for grabs.

One thing is certain: Whoever wins will have to build the largest data library in the universe.

Ivan Bercovich is vice president of engineering at Graphiq, where he has spent the last six years leading the development of its knowledge platform.