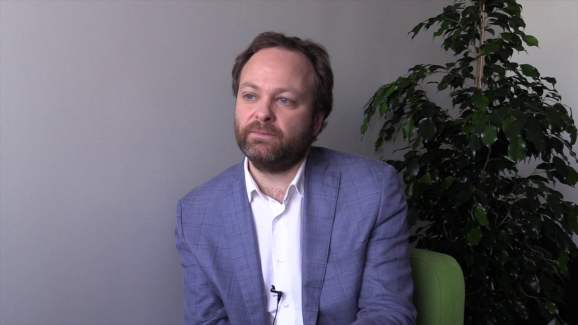 [Updated June 23 at 12:31 p.m. to correct the title of Ramzi Haidamus and remove a reference to a recent deal involving Microsoft.]

Withings cofounder Cédric Hutchings wants to be clear that the sale of his company to Nokia is not the end of the road, but a new beginning.

The $192 million deal for Paris-based Withings, a leading connected health device company, to Finland’s Nokia was a bit of a shocker when it was announced earlier this year. And it received a wide range of reactions in France, from excitement over a big exit to some disappointment that Withings would not grow into an independent French giant.

While Hutchings understands those feelings, for him the deal is all about accelerating the business and growing something on a massive scale. And in this case, the not-so-secret weapon is the company he now works for: Nokia Technologies.

“We have a huge ambition,” Hutchings said. “Nokia Tech is essentially a new company. And it’s in a very strong position to be seeding and building new businesses at Nokia.”

I had the chance to interview Hutchings today at La French Touch Conference in New York City. We also spoke off stage in a follow-up interview.

This gave me a better chance to understand Nokia, and where Withings fits in. Withings, founded in 2008 by Hutchings and Éric Carreel, has developed a line of health-connected devices that include the Activité smartwatch, the Pulse fitness tracker, and most recently, a connected bathroom scale called, well, Scales.

There is more to come, the company has promised, and Withings was growing, which is why the deal with Nokia seemed to come out of nowhere. What made it even more surprising is that Nokia famously got out of consumer tech a few years ago by selling what was left of its once-mighty handset business to Microsoft.

Instead, it seemed Nokia was ready to focus on its network business, and the company appeared to double down by acquiring France’s Alcatel. That deal is now part of the larger company known as Nokia Group, and essentially represents well over 90 percent of the company’s revenues.

But as Nokia began to transform itself, it created a company within the company called Nokia Technologies, which is based in Sunnyvale and has about 800 employees.

Nokia essentially funded this new company by stuffing its 30,000 patents into Nokia Technologies. Those patents generate $800 million in revenue annually for the unit, Hutchings said. It also raised additional money by selling off its Here mapping unit in 2015.

And that’s just what might make Nokia Technologies one of Silicon Valley’s scariest companies. It has a mighty war chest, no legacy business to prop up, a team of top-notch engineers, and an appetite to enter a wide range of markets.

The second area of interest was Digital Health, and so the company decided to scoop up Withings and its 200 employees. Hutchings will now run this business and report directly to Nokia Tech President Ramzi Haidamus.

All of this clears the path for Nokia Technologies to push even harder into consumer tech. And it’s that adrenaline and broad vision that convinced Withings to accept the takeover offer.

“We’re going to be part of something very big,” Hutchings said.