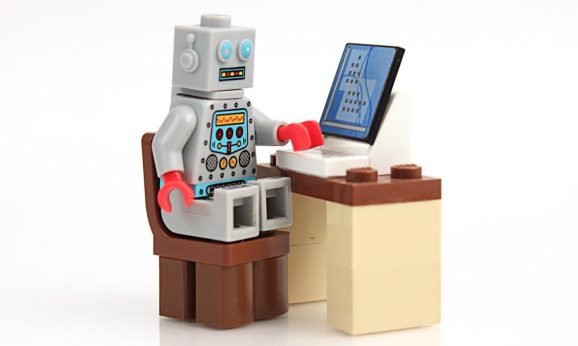 The rise of the machines continues this week with news that the Associated Press (AP) is expanding its baseball coverage through automated stories generated by algorithms.

The New York-based nonprofit news agency has ramped up its partnership with Automated Insights, a Durham, Carolina-based company that uses artificial intelligence to analyze big data and transform it into stories.

The AP has worked with Automated Insights for a number of years already. Indeed, more than 3,000 computer-generated corporate earnings reports have been created over the past couple of years based on data supplied by Zacks Investment Research, and the AP has used automation in sports reports too. The organization also participated in a $5.5 million funding round into Automated Insights back in 2014.

Automated Insights offers its Wordsmith A.I. platform to a number of big-name media companies, including Yahoo, and the casual reader may not even realize that a report wasn’t written by a human.

From a publisher’s perspective, Wordsmith’s appeal is understandable — rather than paying for dozens or hundreds of journalists to attend events, it can instead generate countless stories and articles in the time it would take a person to write just one. And this is how the AP is now able to expand its coverage of Minor League Baseball. It’s not ditching journalists, instead it’s covering games it would not have previously covered, using data provided by Major League Baseball Advanced Media (MLBAM), a news and statistics body that covers Minor League Baseball.

The new machine-powered sports coverage will be spread over triple-A, double-A, and class A games across 13 leagues.

So how does a computer-generated article read? Here’s a report from a Wednesday game in the New York-Penn league:

STATE COLLEGE, Pa. (AP) — Dylan Tice was hit by a pitch with the bases loaded with one out in the 11th inning, giving the State College Spikes a 9-8 victory over the Brooklyn Cyclones on Wednesday.

Danny Hudzina scored the game-winning run after he reached base on a sacrifice hit, advanced to second on a sacrifice bunt and then went to third on an out.

Brooklyn regained the lead 8-7 after it scored four runs in the seventh inning on a grand slam by Brandon Brosher.

State College tied the game 8-8 in the seventh when Ryan McCarvel hit an RBI single, driving in Tommy Edman.

Reliever Bob Wheatley (1-0) picked up the win after he struck out two and walked one while allowing one hit over two scoreless innings. Alejandro Castro (1-1) allowed one run and got one out in the New York-Penn League game.

Vincent Jackson doubled twice and singled, driving in two runs in the win.
State College took advantage of some erratic Brooklyn pitching, drawing a season-high nine walks in its victory.

Despite the loss, six players for Brooklyn picked up at least a pair of hits. Brosher homered and singled twice, driving home four runs and scoring a couple. The Cyclones also recorded a season-high 14 base hits.

This story was generated by Automated Insights (http://automatedinsights.com) using data from and in cooperation with MLB Advanced Media and Minor League Baseball, http://www.milb.com.

While the article may not be of a Pulitzer-winning prize standard, it’s certainly readable. The only real indication that this wasn’t written by a human is the lack of a named byline, along with a little footnote at the bottom stating that it was generated by Automated Insights. And the same technology is already being used to write articles across a number of industries, including ecommerce, financial services, and real estate.

A sign that machine-written articles are here to stay comes in the form of multiple players in the field — Chicago-based Narrative Science offers something similar to Automated Insights, with a specific focus on business intelligence for the enterprise. “Data storytelling,” it’s called.

Artificial intelligence is already being used to enhance a range of areas, from customer service and drug discovery to cybersecurity and stock photography, and the benefits of letting machines do the heavy lifting are well understood — they can achieve scale far beyond what humans are capable of. And just last week, IBM and Xprize opened a $5 million A.I. competition to tackle humanity’s greatest challenges.

That computers are increasingly being used in place of reporters may be alarming to some, but the parties involved at both the AP and Automated Insights are adamant that this is about expanding coverage rather than replacing existing staff. Still, it’s perhaps fair to say that the latter scenario is inevitable.

“The Associated Press proved the value of automated journalism with earnings stories, and their expansion into Minor League Baseball shows the demand for expanded news coverage from media outlets across the country,” said Robbie Allen, CEO at Automated Insights. “We’re pleased that Wordsmith continues to be a fundamental part of the AP’s news operation, enabling the organization to cover types of news that simply couldn’t be done without automation.”

With the hiring of its first automation editor last year, the AP has committed to “exploring additional automation technology solutions” in conjunction with Automated Insights.