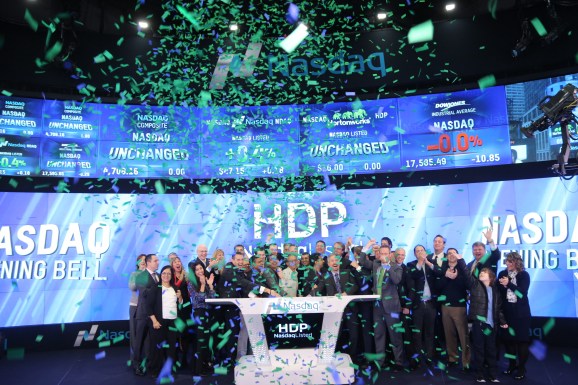 Hortonworks goes public on the Nasdaq on Dec. 12.

In many ways, tech IPOs have become the real unicorns: beasts that are mythical and thus never actually seen.

Put another way, it is the opposite of the way the term is used now to label any private, venture-backed company with a valuation north of $1 billion. Basically, that is pretty much every single tech company at this point, which means this type of unicorn is easier to spot than plastic cups on the floor of a fraternity house after an all-night kegger.

Despite the fact that the tech IPO has been all but vaporized, there is some reason to think that it has not been completely snuffed out. Just this week, Renaissance Capital noted there were four tech IPOs in the second quarter, up from zippo in the first quarter.

And with the Line IPO chugging down the tracks, the third quarter will at least get off to a not completely moribund start.

But whither from here? Renaissance Capital keeps a watch on “Notable Private Companies Expected to Seek IPOs.” So I thought it would be interesting to take a look at these tech prospects, although, personally, I’m way more psyched that one of the non-tech candidates is Jose Cuervo, the “world’s largest Tequila producer.”