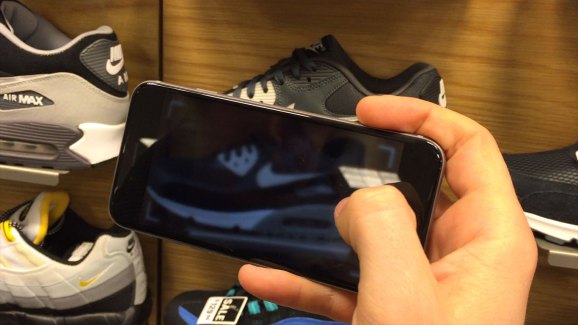 Google announced today that it has acquired Paris-based Moodstocks, a startup that has developed machine learning technology to bolster the image recognition features on smartphones.

“We continue to pursue our machine learning and research efforts,” wrote Vincent Simonet, head of the research and development team for France Google, “and Moodstocks is the latest proof of our commitment to this area.”

Today, we’re thrilled to announce that we’ve reached an agreement to join forces with Google in order to deploy our work at scale. We expect the acquisition to be completed in the next few weeks. Our focus will be to build great image recognition tools within Google, but rest assured that current paying Moodstocks customers will be able to use it until the end of their subscription.

The terms of the deal were not disclosed. Founded in 2008, Moodstocks has a small team that will now join Google’s R&D team in Paris, where they will continue to develop their machine vision tools as part of Google’s services.

The deal is the latest recognition of Paris’ growing hub of machine learning and artificial intelligence companies. Simonet wrote that while Google had made big advances in machine vision, it is still in the early stages, overall.

Many Google services use machine learning to make them simpler and more useful in everyday life – such as Google Translate, Smart Reply Inbox, or the Google app. We have made great strides in terms of visual recognition: Now you can search in Google Pictures such as ‘party’ or ‘beach’ and the application will offer you good pictures without you needing to categorize them manually. But there is still much to do in this area. And this is where Moodstocks comes in.