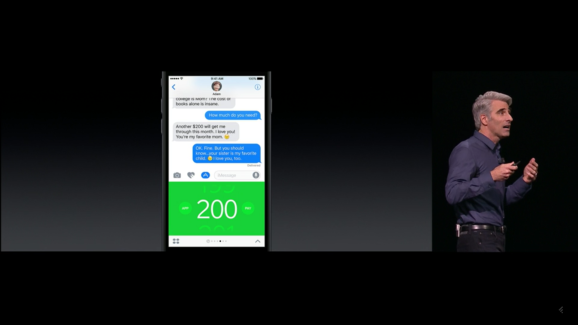 The Square Cash iMessage App for Messages in iOS 10.

If you even remotely follow tech news, it is very likely that you have read outlandish claims like “chatbots are the new apps.” But the fact is, there are way too many misconceptions around conversational products.

Facebook Messenger already has over 11,000 bots. Let’s add Kik, Telegram, Line, and Slack bots on top of that. Now that Apple has joined the race as well, expect the bot explosion to get even more intense.

I’m building a simple bot myself. (No, I won’t start a bot company. And, no, it won’t replace an app.) I can guarantee you, from both personal experience and research, that “normal” people do not care about issues being faced by app developers. If you are not a developer, investor, or journalist, you probably do not spend a minute of your day thinking about dwindling app store revenues, worsening app discovery problems, or the fact that an average person downloads no new apps every month. So, if the motivation behind building a bot feels like something your non-techie friends don’t care about, it is safe to drop the bot product altogether.

The narrative of “Bots are the new apps” or “Bots will replace apps” leads to the following:

I think changing our line of thought from “bots replacing apps” to “bots creating something new” would really help in making the bot trend about consumers and not developers. Ultimately, selfish people will be using these products.

And, no, chatbots won’t fix your customer service.

P.S .:  The bot I’m working on will probably replace a newsletter. Not an app. So that’s different :)