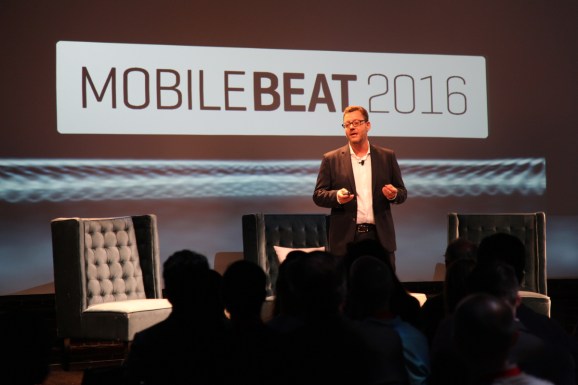 I’m here at MobileBeat 2016 covering the latest innovations in technology. The annual event is as close as you can come to a groupthink around one topic with industry insiders in the tech space.

The theme of the show this year has to do with bots, artificial intelligence, and messaging. I’ve paid attention to all of the themes that have developed during the first day of the two-day event. Some of these themes are groundbreaking, while others are a bit more subtle but still important.

1. You will be using a chatbot soon

One of the key messages at the conference this year is that chatbots are on the rise. Multiple panelists, keynote speakers, and VentureBeat founder Matt Marshall repeatedly mentioned how there are now over 11,000 chatbots on Facebook. Chris Messina, who has his own personal assistant chatbot, reminded us about the market potential. It’s an exciting time, and the one overarching theme is that bots will dominate in 2016 and already appear to be improving travel, shopping, weather, news delivery, and how we order a pizza. The trend may grow to be as big as apps were in their heyday.

During a break, I spoke with reps from Haptik, a chatbot that helps with personal assistant tasks and already has a footprint in India. Spokesperson Akhil Aryan told me what it took to build the bot, saying they had to build their own A.I. tech from the ground up rather than using the existing development platforms made primarily for the U.S. market. As suggested by WeChat dominating in foreign markets by appealing to user preferences in places like Asia,  U.S developers need to make sure they don’t focus on the U.S. market exclusively

3. Whole Foods Market has a major proof of concept

I’m impressed with what Whole Foods Market is doing with their bot, which can help customers in the store find recipes. You can tap a jalapeño emoji and get an idea for a burrito recipe, or mix and match produce ideas with emojis. What I like about it is that it’s all about adding to the shopping experience with a chatbot that makes suggestions and helps with discovery. Whole Foods has found creative ways to tap into brand loyalty with their existing rewards programs, so this helps even more.

This side comment came up a few times during the sessions: Chatbots are capable of handling thousands or even millions of requests with ease. There’s no waiting in line for a bot. Bots never get irritable or take a coffee break. For the user, it’s an important benefit because even if the bot doesn’t provide the exact same experience as a human might, at least it’s providing an experience and not missing an opportunity to interact with a customer because the human operator is not available.

5. Human-assisted travel apps are slowly becoming more about the bots

Mezi is an app to watch. One of the big reasons why it’s so important is that it actually works — you save money when you ask the human agents to find deals. They can understand your needs, and then the A.I.  comes into play when the app searches for the best deal. At MobileBeat, the company demonstrated how Mezi will handle hotel searches with more A.I. than before, and it worked in seconds.

6. Google is going to be a dominant player

It’s easy to overlook the search giant, mostly because we all assume they are focused on other things like self-driving cars, search, and email but forget they are moving into A.I.-assisted messaging with Allo. Punima Kochikar, the director for the apps and games business for Google Play, spoke in one session about how chatbots will become intertwined with apps.