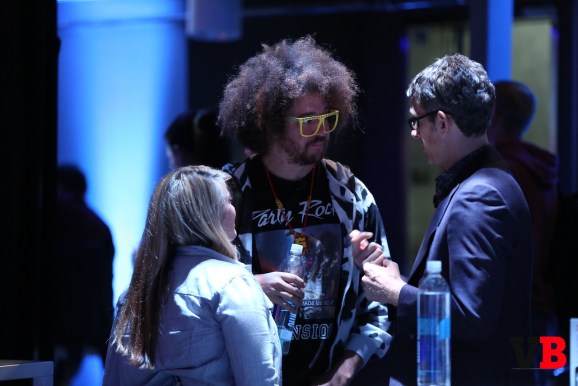 Esther Crawford, a product marketer known for creating the MessinaBot, talked today about Olabot — her new company that can create a personal chatbot for anyone and everyone — at the MobileBeat 2016 conference.

It’s the first time she’s publicly discussed the purpose of the bot creation platform and why personal robots will emerge in 2016.

Her main point? These bots will replace personal websites, provide a new way to contact people, and could save countless hours for well-known figures like Chris Messina, who has to filter through requests and inquiries about his technical expertise.

“The beauty of bots is they’re dynamic,” Crawford told VentureBeat. “They can provide filters that then route individuals to the right information and then proactively respond when new information is available. A simple example is a bot can start by asking the end-user — ‘Who are you?’ If you’re a friend, you should see something different than if you’re a recruiter, a journalist, or someone with a business inquiry.” Above: The MessinaBot will answer your questions now.

Olabot will make personal bot creation simple for anyone. For now, the program is in a limited trial, and you can sign up to be in a queue. Crawford told VentureBeat that the process is not yet airtight and some manual programming is required to build a chatbot using the OlabotEngine backend. She says the creation process will be far easier in the future.

Initially, one of these personal bots will work to provide information to anyone requesting a speaking engagement or asking a question about your work or resume. Crawford says that the bot will evolve into a full A.I. assistant with an API that can use information from a database to become more personalized. These assistants will make life easier for anyone inundated with inquiries.

At MobileBeat 2016, Crawford demonstrated the FooBot, which is the personal bot for Stefan Kendal Gordy, known by his stage name RedFoo and as a member of the duo LMFAO. “With the FooBot, [RedFoo] can send unique messages to fans who are in the city he’ll be in — instead of announcing it to everyone on his Facebook fan page,” says Crawford.

Interestingly, RedFoo already has an online persona he has to manage constantly. His RedFoo account on Facebook has 3 million followers, and he has one million Twitter followers. It’s easy to see how the FooBot would put the fun back into fan interactions by determining who is actually making a serious request, who wants to talk culture and music, and who is just being an annoyance.

A personal bot might be a simple first step, but it puts the onus on the human user to respond in a way that shows some intelligence. In the end, that could save countless hours and lead to some worthwhile conversations between humans.