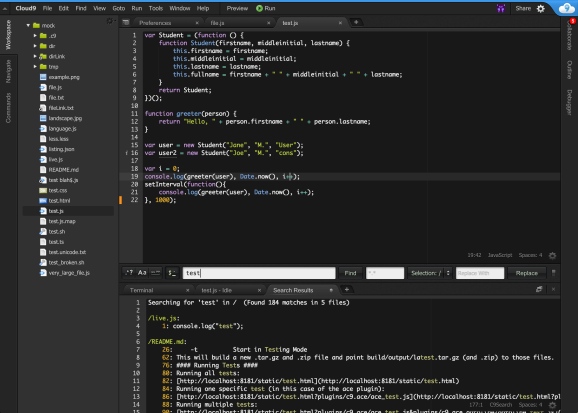 Cloud9 IDE, a startup that offers a cloud-based integrated development environment (IDE) in which developers can quickly start building applications and collaborate with others, announced today that it has been acquired by public cloud market leader Amazon Web Services.

In the short-term AWS is not killing Cloud9.

“In the meantime, you’ll still be able to depend on and continue to invest safely in Cloud9,” Ruben Daniels, cofounder and CEO of the startup, wrote in a blog post. “It’s still business as usual — we’ll continue to work with our Ace Open Source community and to provide our innovative services to you and our hundreds of thousands of customers worldwide. Over time, we’ll work with AWS to do even more on your behalf.”

Some developers have bristled at the notion of coding in the cloud — people often prefer full desktop IDEs, including Eclipse and Visual Studio, or text editors like Notepad++ and Sublime Text. But the cloud IDE concept effectively just got the seal of approval from a company that many developers trust for hosting their applications. This is good for, among others, startups that offer cloud IDEs, including Codeanywhere, Codio, and Nitrous. Perhaps the notion will catch on more from this point, at least in part because it enables simpler collaboration, as well as support.

The acquisition could help AWS stand out even more from cloud infrastructure competitors, including Microsoft Azure and Google Cloud Platform, if AWS chooses to integrate the technology deeply. For example, it might be useful for people to be able to instantly try out certain software that’s available from the AWS Marketplace, without having to worry about provisioning virtual machines for it, or AWS could provide a simpler way of connecting to virtual machines that people already have set up.

Cloud9 started in 2010 and has its headquarters in San Francisco, with an additional office in Amsterdam. Investors include Balderton Capital, Accel Partners and Atlassian.