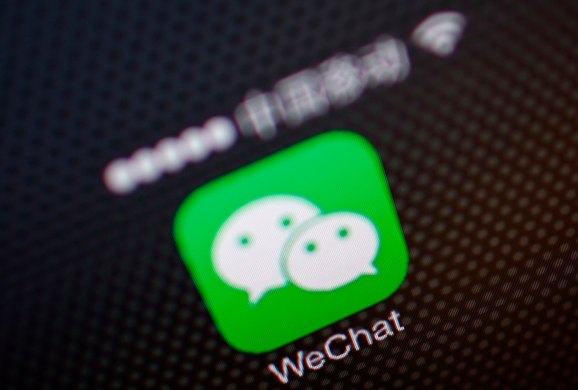 Dan Grover, a product manager who helped Chinese messaging app company WeChat in its internationalization efforts, seems to have taken a new job at Facebook.

A photo in a tweet from Uber employee Chenyu Zheng yesterday appears to show a cake decorated with a WeChat logo, and an arrow pointing to a Facebook logo. Below the cake is Grover’s name and a sign that says happy birthday.

Wow! This should be news! FB hired Dan Grover from WeChat… Now all the china knowledge will be with FB?! pic.twitter.com/d6b5Azjs3r

Last month Grover said he’d be leaving WeChat but did not state what he’ll be doing next.

This is my last week at WeChat. Grateful to everyone at Tencent for an amazing past 2½ years! pic.twitter.com/7lw8PtmBjN

Facebook has scrambled to catch up with WeChat this year by launching its chatbot platform for Messenger. Since then Facebook has introduced new features to enhance the experience for users communicating with chatbots from food chains, news organizations, services like Hipmunk, and other companies. But WeChat is considered years ahead of competition when it comes to the use of chatbots, conversational commerce, and the use of QR codes to find bots, make mobile payments, or get information.

Facebook is keen to outperform the likes of Google, Microsoft, Kik, Line, Slack, Telegram, and other companies that have brought chatbots into their messaging apps.

It’s not clear that Facebook will have Grover working on chatbots for Messenger, although that would make sense given his experience and WeChat’s legacy in conversational commerce. Grover and Facebook did not immediately respond to requests for comment.

Grover joined the WeChat team in January 2014, according to his LinkedIn profile, and he acted as product manager for the WeChat Mac app, according to the WeChat blog. For the past two years he has worked for WeChat in Guangzhou, China.

Grover is known for a 2014 article about just how far ahead Chinese chat apps like WeChat were at the time. The article extolls the potential of chatbots, brands and businesses chatting with customers, and “chat as universal user interface.” Earlier this year he published an article asserting that bots will not replace apps, but rather, “better apps will replace apps.”

Tencent and Facebook own some of the most used chat apps on the planet.

Before joining WeChat, Grover was a product manager at education startup Udacity, and before that he sold his music startup Etude to Steinway & Sons from 2010 to 2012.