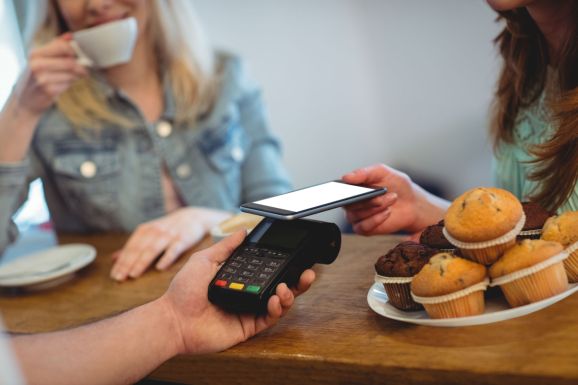 Mobile wallets are coming of age, according to a new report released today by Urban Airship. Importantly, they are driving in-store sales and increasing loyalty — but not in the way you’d expect.

Before we dig into the report highlights, it is worth explaining what we mean by “mobile wallet.” There are two elements at play here: Payment and non-payment. Payments are handled — by and large — through apps like Android Pay, Apple Pay, and Samsung Pay. While the world catches up and installs machines capable of accepting mobile payments through NFC, the non-payment side of the equation is providing real utility to the masses.

And, as it turns out, non-payments could be the key to the other side of the virtual coin.

The ability to store and retrieve loyalty cards, and even have them appear automatically based on location, is essential. In fact, according to the report, the non-payment part of your digital wallet could be the catalyst for increasing mobile payments. Despite eMarketer forecasting huge growth in mobile payments in 2016, it is worth noting that the total value of those payments is still just 0.58 percent of the $4.65 trillion expected to be spent in-store this year.

That’s minuscule. The reason? Cultural change takes time. Asking people to ditch wallets, purses, cards, and cash for a smartphone is a tough ask. What will need to happen for the market to accelerate?

“Businesses’ ability to accept mobile payments and the ubiquity of consumers being able to do so across brands and online and offline channels, is a gating factor increasingly on the decline,” Judy Chan, senior product marketing manager at ‎Urban Airship, told me. “However, the larger issue is more customer-centric than transaction-focused. How we pay for things is an ingrained consumer behavior, and pulling out your phone rather than your credit or debit card to pay isn’t easier or faster. So it needs to be more rewarding.”

One factor that makes a difference is age. Another is wealth.

That’s to be expected. Younger demographics adopt technology faster, and those with above-median wages can afford the latest smartphones. But other elements affect adoption, too.

“Our survey of 2,000 smartphone users offers massive evidence to suggest that the adoption rate of mobile payments depends on what else is in your wallet,” Chan said. “While a slight majority of respondents are interested in using mobile payments (23 percent having already used them), nearly three-quarters of consumers will use mobile payments if loyalty rewards and offers are automatically applied.”

The key phrase there? “Automatically applied.”

“When paying with your phone means never forgetting a coupon, missing out on rewards, or fumbling at the register, it provides consumers with a compelling reason to go all-in on mobile payments,” Chan said.

Where some native apps have failed, possibly on purpose, iOS and Android can come to the rescue. For example, some stores have removed paper coupons from their strategy entirely. However, because they don’t notify users of the now digital coupon within their native apps, discounts go unclaimed. Of course, that’s good for the business — it doesn’t have to give away as much money, since a percentage of those coupons will never be used.

But, importantly, the report shows that pinching pennies when it comes to gaming your loyalty program doesn’t benefit your store at all.

The report shows clearly that mobile loyalty reminders drive in-store traffic. Sixty-seven percent of U.S. respondents and 58 percent of U.K. respondents are likely to visit a store if they receive coupon expiration reminders when they’re within proximity of the store’s location.

That drives in-store traffic, which is worth the small discount offered by most programs. Can smartphone manufacturers’ mobile wallet solutions help with this?

There is another benefit that Android, Apple, and Samsung offer.

“Mobile wallets from the platforms enable you to broaden your reach to all customers with a smartphone, not just those that have your app,” Chan said. “Mobile wallet apps such as Apple Wallet and Android Pay come pre-installed on newer devices, and the barriers to getting someone to install a loyalty card or coupon are much, much lower than getting them to install your app. In fact, loyalty cards and coupons are the items consumers want most in their mobile wallets, according to our survey.”

Of course, for all of this to work, and for the non-payment side of the wallet to accelerate the adoption of real payments, we need to understand just how effective loyalty programs are, in general.

“From the corner deli to the largest multi-national corporations, loyalty programs are a longstanding staple to encourage repeat business and engender customer loyalty,” Chan said. “With loyalty cards stored on their phones, 69 percent of consumers stated that they’d be more likely to use them. Also, if loyalty rewards/points are automatically updated and immediately visible on mobile wallet loyalty cards, 73 percent of consumers would be more likely to join the loyalty program in the first place.”

For the likes of Apple Pay, Android Pay, and Samsung Pay to become ubiquitous then, and for them to take at least a single-digit share of in-store payments, it would appear the non-payment aspect of their solution is vital. What more can be done to help this along?

“Mobile wallets will help loyalty cards go far beyond a dynamic and always-on presence,” Chan said. “Beyond updating loyalty points/rewards, marketers can message individual loyalty members as they reach new status levels or for special events like double/triple points days or birthday offers, or provide links on the back of the pass to exclusive content. These above-and-beyond loyalty-focused engagements are viewed positively by the vast majority of consumers, with 46 percent even saying they expect these types of benefits.”

Here we are again in the age of the never-satisfied, always-mobile customer, with almost half of the respondents stating that they expect these benefits, even at the beginning of the evolution of mobile payments.

The good news is that the road to adoption is not long, and the future seems bright.

“Loyalty programs are something most businesses are already doing, and they can be made much more useful and exciting through mobile wallets,” Chan said. “Not only that, but companies can now easily gain a natural and desired mobile connection to every customer with a smartphone, which is most of them.”

The full 42-page report — “The State of Mobile Wallet Marketing” — which took in responses from 1,000 U.S. and 1,000 U.K. respondents, is available from Urban Airship’s website today.