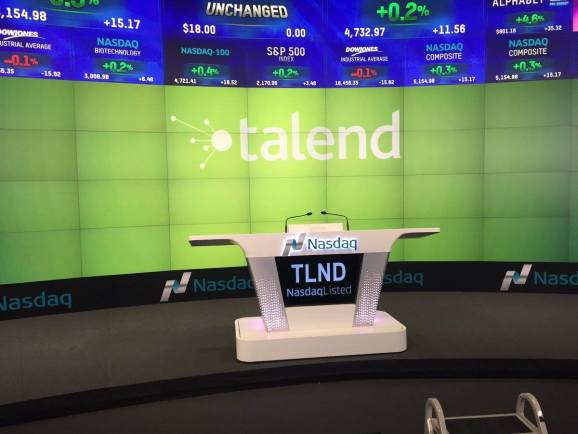 Talend debuts on the Nasdaq.

Data integration company Talend made its debut on the Nasdaq today, with shares of its stock closing at $25.50, after fluctuating between $24.26 and $28. That’s down from $27.66, the price at which the shares started trading this morning, under the symbol TLND.

Talend filed paperwork for its initial public offering (IPO) a month ago. Initially Talend sought to have its shares trade at $17, according to a regulatory filing, but ultimately the company priced its shares at $18, raising a total of $94.5 million, excluding underwriting discounts. So Talend is closing out its first day as a public company 41.6 percent up from the IPO price.

Not many other technology companies have gone public this year. Others include Line, SecureWorks, and Twilio.