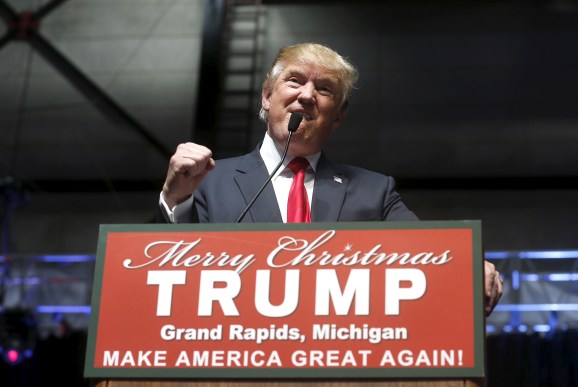 If you want to see just how awful and ugly the presidential campaign is, and how much worse it is likely to get, there is no better place to turn than Twitter.

This is probably not the kind of branding Twitter wants as it wages an ongoing effort to attract new users. More than a decade into its existence, the social network continues to struggle with trolls, harassment, and a culture of abuse that has turned it into a cesspool of hatred and racism.

There was a time — which seems like a long time ago — when utopian and aspirational sentiments swirled around Twitter. The social network hoped to be the planet’s town square. It got credit for its role in the Egyptian revolution and for aiding protestors in Iran.

Now, it is mostly a place where hate-fueled movements like #GamersGate can rise. And there is an almost weekly watch to see which high-profile person will quit after being subjected to harassment.

Trump has owned this. He has used Twitter as his megaphone, blasting out tweets that are then duly amplified by the media to an audience far greater than the number of people who might actually see them on Twitter. Twitter is part of Trump’s brand and his identity. And that increasingly goes both ways.

One of the enduring lines from Hilary Clinton’s acceptance speech last night is likely to be: “A man you can bait with a tweet is not a man you can trust with nuclear weapons.”

As Clinton spoke at the Democratic National Convention, Trump supporters tried to hijack the conversation on Twitter with the hashtag #WeHateHilary. Typical of Twitter, it was a safe space for racist rants and threats of violence:

#WeHateHillary She is Mad if she thinks Americans wont fight back against them , LOCK AND LOAD PEOPLE https://t.co/Zm17z5OJJO

#WeHateHilary was apparently trending at one point, and then it wasn’t. Which of course led to conspiracy theories:

There’s not much Twitter can do, really. The slightest hint that it might be limiting speech can blow up in its face. When it banned notorious troll Milo Yiannopoulos, it faced a right-wing backlash.

Meanwhile, Twitter’s racing to stay ahead of terrorists trying to use the service. It’s progress of a sort that the company says it deleted 125,000 terrorist-related accounts. On the other hand, you know, the fact that terrorists <3 your service is not exactly a big win for your image.

Twitter, again, wants you to know that it’s totally seriously about doing something about all of this. Here’s what CEO Jack Dorsey had to say on the matter from the most recent earnings call this week:

We are not and never will be a platform that shows people only part of what’s happening or part of what’s being said. We are the place for news and social commentary. And at its best, the nature of our platform empowers people to reach across divides, and to build connections, to share ideas and to challenge accepted norms.

As part of that, we hope – and we also recognize it’s a high hope – to elevate civil discourse. And I emphasize civil discourse there. Abuse is not part of civil discourse. It shuts down conversation. It prevents us from understanding each other. Freedom of expression means little if we allow voices to be silenced because of fear of harassment if they speak up. No one deserves to be the target of abuse online, and it has no place on Twitter.

We haven’t been good enough at ensuring that’s the case, and we must do better. That means building new technology solutions, making sure our policies and enforcement are consistent, and educating people about both. We’ve made improvements in the first half of the year, and we’re going to make more. We named safety as one of our top five priorities for this year, and recent events have only confirmed that this is truly one of the most important things for us to improve, and has motived us to improve even faster.

Nice. But no matter how many moles Twitter whacks, there are just going to be more.

But the fact that someone like me, who has been on Twitter for nine years, is trying to strategize ways to avoid the service as much as possible is a terrible omen for a platform that could one day be best known for having helped elect Donald J. Trump as president of the United States.