In one building of its sprawling Menlo Park, California headquarters, Facebook has erected a 22,000-foot laboratory where many teams can come together to build and refine hardware. It’s open to the Facebook infrastructure team that works on data center gear, the Oculus team building virtual reality gadgets, the Connectivity group working on drones to beam down internet from the sky, and even Regina Dugan’s secretive Building 8 hardware research division.

Facebook has had various facilities that employees can tinker around in. At one time, the company used a mail room at its old Palo Alto headquarters for that purpose. But now there’s a more holistic, integrated spot, with more than 50 workbenches and an impressive assortment of equipment. Facebook has been building its Area 404 lab — thus named because for a long time a lab of this type was “not found” — for the past nine months, and employees are just now starting to move in.

You can’t see what’s inside the lab from the hallway outside, because the windows are covered up. But it’s not as if Facebook has hidden this facility in some remote place. It’s right on campus, and software engineers are working just above the lab on the second floor, Spencer Burns, a CNC model maker at Facebook, told reporters during a media tour of the facility this week.

Burns emphasized that it’s not very common for companies to let outsiders into labs like this. And that’s true — Apple and Microsoft only rarely permit non-employees to access their labs. But Facebook has historically been more transparent about its hardware than other web companies, with initiatives like the Open Compute Project, the Telecom Infra Project, and the Surround 360 video camera. 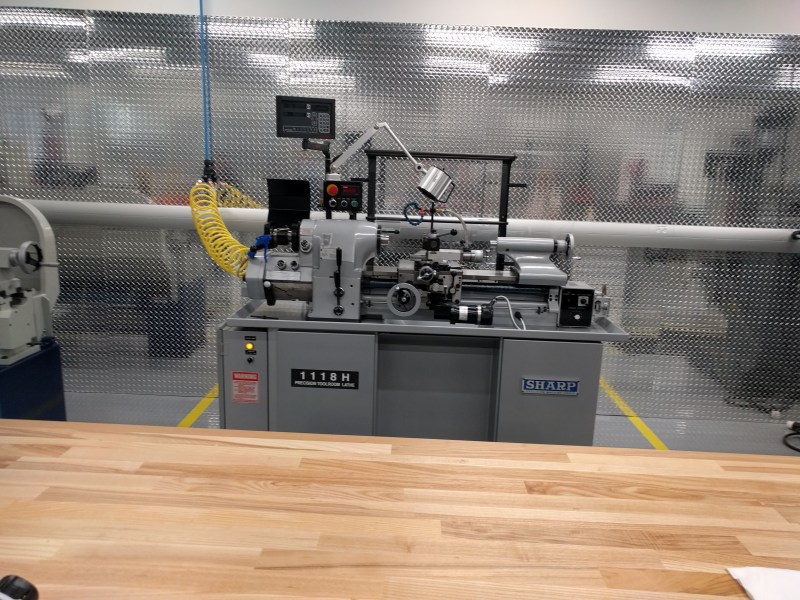 While Burns said that there are currently no plans to let researchers from other companies set up shop and use the tools on site, the company did allow reporters to take a look around, just as it has let reporters visit its data centers. The facility stocks a nine-axis mill-turn lathe, a five-axis vertical milling machine, a five-axis water jet, a sheet metal shear and folder, a CNC fabric cutter, a coordinate measuring machine, and an electron microscope and CT scanner, as Burns and Facebook mechanical and power manager Mikal Greaves wrote in a blog post.

With all of this, Facebook can more easily create small and large things quickly, and then redesign and reproduce as necessary. There’s no need to send off a design to the other side of the world. Manufacturing can even be done for small quantities, Burns said.

This facility will operate in addition to Facebook’s other labs, like the Oculus lab in Seattle, the laser communications facility in Southern California, and the Aquila site in the United Kingdom. Given this level of investment, it’s apparent that Facebook is not planning to power down its hardware development anytime soon. And that’s important, given that not five years ago, Facebook was just another site that you went to on your computer. It will be fascinating to see what types of hardware the company comes up with in the years to come.