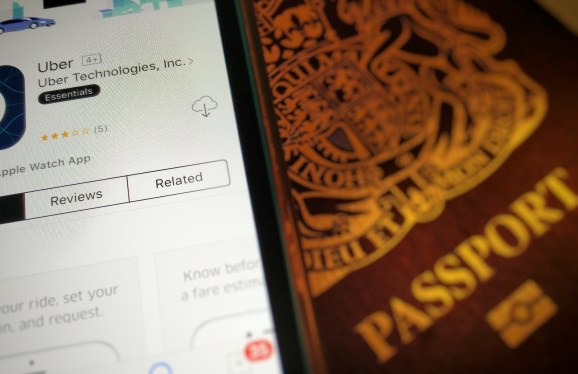 Uber cofounder and CEO Travis Kalanick has announced that his company has invested in four fledgling European startups.

The root of the investments stems back to May, when Uber revealed it was bringing its UberPitch program to Europe. In a nutshell, budding entrepreneurs pitch their business ideas to local investors in the back of a car — it’s essentially an elevator pitch on wheels that’s organized entirely through the Uber app.

More than 4,000 pitches were submitted from entrepreneurs in 37 cities across 21 countries, with a shortlist of four invited to Berlin to spend more time with venture capitalists and participate in conferences and “incubator mashups.” Kalanick himself was in attendance, and it seems he was so impressed with the quartet that he elected to make a direct investment in all four companies through Uber.

Some of the investments make more sense than others, however. French startup Brigad, founded by Florent Malbranche (above), is an on-demand marketplace (like Uber) that connects restaurants with staff. There’s also Britain’s Memrica, founded by Mary Matthews (above), which is an app designed to help those with memory problems keep on top of things, while Dutch startup Otly, cofounded by Vedran Vego (above), is a bank for children that’s run by their parents. The final company making up Uber’s investments is Hipromine from Poland, cofounded by Jakub Urbanski (above), which is setting out to research the potential uses for insects in medicine, meals, and in areas such as bio-fuel and oils.

Uber hasn’t revealed how much cash it has plowed into the companies — other than that it was a “small” investment — but in some ways the investments would’ve made more sense as personal projects for Kalanick than coming from Uber itself. But Uber could be seeking the goodwill of a continent that has been hostile to its growth in recent years by aligning itself with local entrepreneurs. Or Kalanick may simply be looking to give back to the startup community.

“Being an entrepreneur is never easy — even the best ideas can struggle to get the exposure and support they need to succeed,” said Kalanick, in a Facebook post. “I’m excited to work with these four companies to help them reach their enormous potential.”