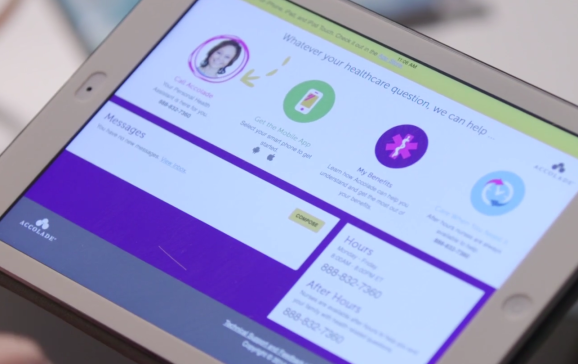 Accolade, an on-demand healthcare concierge aimed at employers, has raised more than $70 million in a round led by Andreessen Horowitz, with participation from Madrona Venture Group and other unnamed parties.

The company began taking investments for its Series E round in July last year, initially raising $22.5 million. A year later, it has nabbed a further $71.1 million to finally close the round. This takes the series total to $93.6 million, and Accolade’s total funding to $160 million.

Founded in 2007, Accolade offers professional support and technologies to guide people through the “costly, complex, and fragmented” world of healthcare. It does so through partnering with large employers and building connections with employees and their families.

“We’re leading a movement to reinvent healthcare to better serve and support employers, health plans, health systems, and the hundreds of millions of people in their networks,” explained Accolade CEO Rajeev Singh. “To bend the cost curve in healthcare while significantly raising consumer satisfaction, you need a deeply personalized model for the consumer that blends human touch with clinical expertise and state-of-the-art engagement technology.”

Accolade says that it applies a “proprietary engagement and influence model” that guides employees through the healthcare system in a “deeply personalized manner” and involves clinical support and analytics. It also employs “consumer engagement technologies” to uncover inefficiencies in how healthcare costs are generated — the company claims it can generate cost savings ranging from 5-15 percent.

“Accolade is simply the best tool we’ve seen to help companies simultaneously improve both the quality and the cost of healthcare,” said Jeff Jordan, general partner of Andreessen Horowitz. “It’s delivering magical results — the service makes employees healthier and happier with their benefits, while at the same time driving big savings to employers and insurance companies.”

Accolade said it will use its fresh cash influx to expand its technology platform and fuel research and development and sales and marketing efforts.