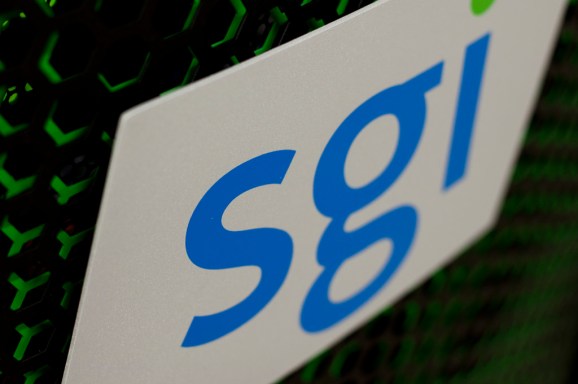 Hewlett Packard Enterprise, which split from HP last year, today announced that it has acquired SGI, a company that makes servers, storage, and software for high-performance computing, for $275 million in cash and debt.

SGI (originally known as Silicon Graphics) was cofounded in 1981 by Jim Clark, who later cofounded Netscape with Marc Andreessen. Following a years-long decline, and after being de-listed from the New York Stock Exchange, SGI filed for Chapter 11 bankruptcy in 2009. That year it was acquired by Rackable Systems, which later adopted the SGI branding. SGI’s former campus in Mountain View, California, is now the site of the Googleplex.

“HPE and SGI believe that by combining complementary product portfolios and go-to-market approaches they will be able to strengthen the leading position and financial performance of the combined business,” HP said in a statement on the deal.

In combining itself with another legacy Silicon Valley brand, HPE is bolstering its enterprise-focused hardware and software with storied HPC gear.

Clark is one of Silicon Valley’s original high-flyers; his yacht Hyperion jump-started the who-can-build-a-bigger-racing-yacht contest with Oracle’s Larry Ellison — his company bought Sun in 2009. Most recently, Clark built a 100-foot carbon fiber racing yacht called Comanche. Its unofficial theme song is Queen’s “Fat Bottom Girls.” SGI employees, meanwhile, for years after its heyday boasted about their time at the company.

Above: The SGI UV in-memory supercomputer.

SGI, which is now based in Milpitas, California, brought in $533 million in revenue in its 2016 fiscal year and has 1,100 employees, according to the statement. Customers include the Tagged, Sigma-Aldrich, and the United States Postal Service.

HPE thinks buying SGI will be neutral in terms of its financial impact in the year after the deal is closed, which should happen in the first quarter of HPE’s 2017 fiscal year, and will later be a catalyst for growth.

HPE brought in $320 million in net income on $12.71 billion in revenue in the three months that ended on April 30, according to its most recent earnings statement. Earlier this year HPE spun off its enterprise services business.

SGI stock was up more than 27 percent in after-hours trading, while HPE stock was down slightly.

Blaise Zerega contributed to this story.