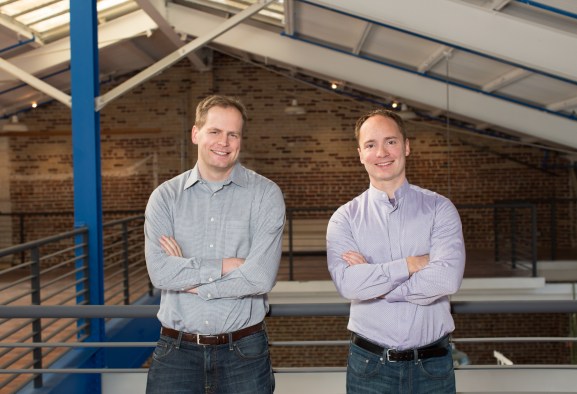 Google secretly acquired the team at mobile app development startup Apportable more than a year ago, VentureBeat has learned. Terms of the deal have not been disclosed, but multiple sources have said that it was an acqui-hire.

Apportable was founded in 2011 by former Cooliris consultant Collin Jackson and former Webroot software engineer Ian Fischer to enable developers to allow iOS apps to run on Android devices without extensive changes to their code. The company is believed to have been purchased in March 2015. Sources indicate that not everyone was kept on after the deal closed, but Jackson and Fisher were retained and are now software engineers at Google, having officially joined in May 2015. Interestingly, it’s a bit of a homecoming for Jackson, who once completed a software engineering internship at the Mountain View, Calif.-based company.

Jackson and Fisher are joined at Google by 11 members of Apportable’s engineering team, while the rest of the 65 employees have been let go. Even though the deal is considered an acqui-hire, Apportable still remains operational, albeit with a skeleton crew. Following Jackson and Fisher’s relocation, Google installed Apportable software engineer Jim Terry as chief executive. Sources say that the proverbial lights are being kept on, as some clients are still using Apportable’s technology.

This isn’t the first time the two companies have worked together. As a mobile app development platform, Apportable developed a relationship with Google, and even received funding from that company’s early-stage venture firm, GV. But in spite of the startup’s auspicious beginning, sources shared that Apportable experienced some financial difficulties.

Apportable has offered three products: an eponymous flagship service targeting enterprises; the open-source SpriteBuilder aimed at games; and Tengu, which was formerly known as Apportable Indie and allowed developers to reuse Swift and Objective-C code without compromising on the native user interface.

Many of these products have become casualties of the deal, with Tengu seemingly taken offline — the site displays an error message. SpriteBuilder’s site remains online, but the app is no longer available — at least in the Mac App Store in the U.S. Its SpriteBuilder store has an expired security certificate — it’s been outdated since January 2016 — and the blog has also not been updated since then. As for Apportable’s enterprise offering, if you try to access more details, the site displays a programmatic error message saying that it can’t find the right “template” to display.

Further proof of Apportable’s change in ownership includes the fact that its contact page has been taken offline and its office no longer exists — the current tenant is smart lock maker August.

Jackson once described an experience playing “Angry Birds” as his inspiration for Apportable, saying he was “frustrated that I couldn’t play it on my Android device, despite it having been released on iOS for 10 months. I started emailing top game developers and asking why they were all iOS exclusive, and found out that in most cases they wanted to support Android, but porting was slow and expensive.”

It’s unclear what Google is building with the Apportable team, but it’s likely that the company will produce more tools that ensure developers don’t have to choose which operating system they should first build their app on. This could accelerate growth in the Android ecosystem, driving more development and guaranteeing that more productivity, entertainment, gaming, and social apps are supported by your smartphone. Google may also be using the technology and team to build out its Fuchsia operating system.

The move could also be viewed as an effort by Google to stay one step ahead of its competitors, especially around making it easier for iOS apps to be supported on other platforms. Earlier this year, Microsoft acquired mobile app development company Xamarin to improve its developer tools and services. However, earlier this year, the Redmond, Wash.-based company also killed off its Project Astoria initiative, an effort to port Android apps to Windows 10 — basically creating universal apps. Instead, Microsoft shared that it would be focusing efforts on enabling conversion of iOS apps to Windows 10 devices, including Xbox and PCs.